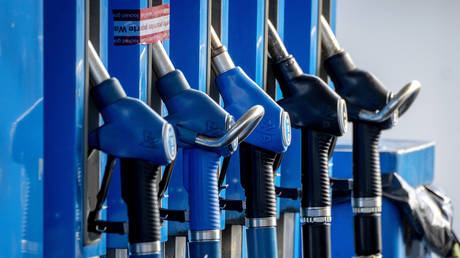 Saudi Arabia has said that OPEC’s decision to cut oil production was based solely on economic considerations, not politics, and that the organization resisted pressure from the United States to put off the move for several weeks.

The Saudi Foreign Ministry issued a statement on Wednesday pushing back on allegations that the oil cut was intended to benefit Russia, insisting it is not “taking sides in international conflicts” or making “politically motivated” decisions.

“These outcomes are based purely on economic considerations that take into account maintaining balance of supply and demand in the oil markets, as well as aim to limit volatility that does not serve the interests of consumers and producers, as has been always the case within OPEC +,” the ministry said, adding that the cut was approved “unanimously by all member states” of the organization. 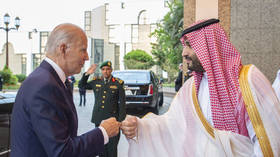 While Washington suggested “postponing the OPEC+ decision for a month,” the Foreign Ministry said US officials were informed such a delay “would have had negative economic consequences.”

Read more:   Zelensky: Ukraine targeted by around 40 missiles every day

The Wall Street Journal was first to report on the request from the United States, noting that Riyadh considered the idea a “political gambit by the [Joe] Biden administration to avoid bad news ahead of the US midterm elections.”

However, a National Security Council (NSC) spokesperson, Adrienne Watson, denied that characterization, telling the outlet that US officials “questioned a Saudi analysis that the price of oil was about to plunge and urged them to wait and see how the market reacted.”

“It’s categorically false to connect this to US elections,” Watson said. “It’s about the impact of this shortsighted decision to the global economy.”

President Biden responded harshly to the production cut, suggesting the move would help Moscow reap higher prices for its energy exports as Western nations seek to choke off the Russian economy in retaliation for the war in Ukraine. Biden also vowed “consequences” for Saudi Arabia, and though he did not elaborate what that could mean, top NSC spokesman John Kirby later told reporters that the White House would review the US-Saudi relationship to ensure “it is serving our national security interests.” (RT)