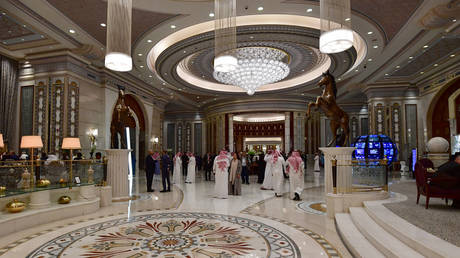 Saudi Arabia is ready to discuss trading in currencies other than the US dollar, according to the Kingdom’s finance minister Mohammed Al-Jadaan, as cited by Bloomberg.

Al-Jadaan’s comments come a month after China’s President Xi Jinping said that Beijing is ready to make energy purchases in yuan instead of the US dollar in trade exchanges with members of the Gulf Cooperation Council (GCC). China’s leader highlighted the necessity of the shift while speaking at a Chinese-Arab summit hosted by Saudi Arabia earlier this week.

“There are no issues with discussing how we settle our trade arrangements, whether it is in US dollar, in euro or in Saudi riyal,” Al-Jadaan said on Tuesday during an interview with Bloomberg in Davos, Switzerland.

The oil-rich kingdom is seeking to deepen its ties with vital trade partners, including China. The readiness for talks on the issue expressed by Riyadh may signal that the world’s biggest oil exporter is open to diversifying away from the US dollar after decades of pricing crude exports in the US currency. The riyal, the Saudi national currency, has been pegged to the greenback, too.

The trend towards the shift to national currencies that is recently being observed among the major participants in global trade chains is partially attributed to the policies of secondary sanctions that Washington is pursuing. Initially, the steps towards ditching the US currency in trade, particularly in the energy sector, were intensified in the wake of the sweeping sanctions introduced by Western nations against Russia, one of the world’s major energy producers and exporters, over the military operation in Ukraine.