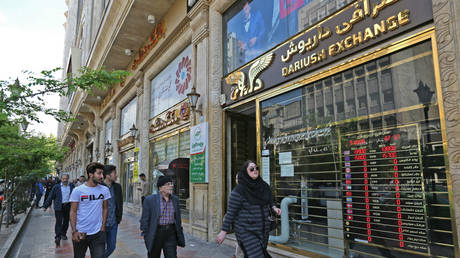 An increasing number of Iranians have started turning to cryptocurrencies, in particular bitcoin, with the devaluation of the national currency prompted by US economic sanctions.

The crypto craze has raised concerns from authorities that the energy-hungry process of “mining” bitcoin is abusing Iran’s system of subsidized electricity. Currently at half-a-cent per kilowatt, the subsidized electricity rates have fueled the country’s thriving crypto-mining community. Iran’s Electrical Industry Syndicate has recently revealed its intention to hike prices to seven cents per kilowatt.

Iran’s Minister for Information and Communications Technology Mohammad Javad Azari Jahromi said that the country has become “a heaven for miners.”

“The business of ‘mining’ is not forbidden by law but the government and the Central Bank have ordered the Customs Bureau to ban the import of [mining machines] until new regulations are introduced,” he told the Associated Press. (RT)