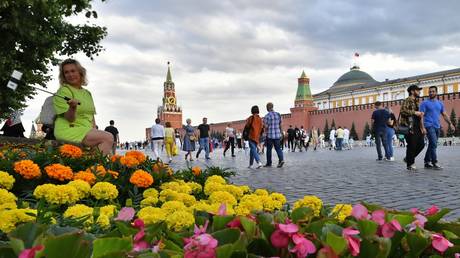 Despite harsh Western sanctions Russia’s economy appears to be holding up better than expected as it benefits from high energy prices, Bloomberg reports on Wednesday.

The damage has turned out to be much more superficial than previously assumed, according to the report. In March, analysts had predicted a 10% GDP decline in the second quarter, whereas the latest data from Rosstat, Russia’s official statistics service, puts the drop for the quarter at 4%.

“Forecasts of Russia’s economic collapse have proved wide of the mark, with gross domestic product falling at a grim, but less than catastrophic rate of 4% in the second quarter, as rising energy prices underpin budget revenue,” Bloomberg stated.

The media pointed out that “as recently as May, Russia’s own finance ministry had forecast a 12% contraction this year for an economy weighed by a blizzard of international sanctions.”

Bloomberg stressed that while the US and its allies have imposed sanctions, many countries, notably China, India and Middle Eastern nations, have continued to trade with Moscow.

Last month, the International Monetary Fund upgraded Russia’s GDP estimate for this year by a remarkable 2.5 percentage points, projecting the economy to contract by 6%. The IMF noted that despite sanctions, Russia’s “domestic demand is also showing some resilience thanks to containment of the effect of the sanctions.”