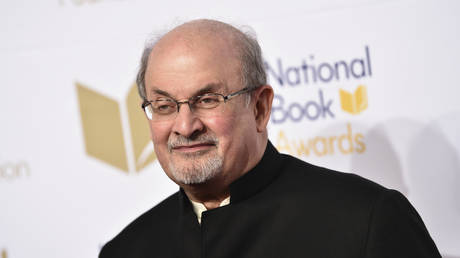 Iran on Monday denied any involvement in the attack on Salman Rushdie and claimed that the award-winning novelist himself and his supporters are to blame for the incident.

The Indian-born British-American writer was stabbed on Friday at an education center in New York state as he was preparing to give a lecture in front of a packed audience. A possible motive for the assault is his 1988 novel ‘The Satanic Verses’, which was condemned by some Muslims for its allegedly blasphemous references to Islam and its holy book, the Koran.

Speaking at a weekly press conference, the country’s Foreign Ministry spokesperson Nasser Kanaani said that Tehran “has no information about the person who had attacked Rushdie other than what was announced by the US media.” He added that his country “seriously and categorically” denies any link to the attack and stressed that “no one has the right to accuse the Islamic Republic of Iran.” (RT)