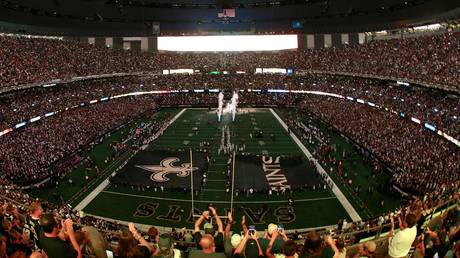 The New Orleans Saints are to argue in court that the public should not be permitted to see emails which allegedly show team executives giving PR advice to the area’s archdiocese as it battled child abuse allegations.

Legal representatives of around two dozen men who are in the process of suing the church over allegations of historical child sex abuse have said in court filings that they have obtained 276 documents which appear to show the NFL team assisting the archdiocese of New Orleans with what is claimed to be a “pattern and practice of concealing its crimes.”

“The Saints realize that if the documents at issue are made public, this professional sports organization also will be smearing itself.”

In reply, Saints attorneys called these claims “outrageous,” further saying that the emails – which were sent in 2018 and 2019 – were not intended for public consumption and should not be “fodder for the public.” The archdiocese has also noted their opposition to the release of the emails.

Also on rt.com ‘He’s clearly not all there’: NFL star Antonio Brown ordered to pay $100K to leave prison after burglary and battery charges

The emails are said to show that numerous people within the Saints organization, including senior vice president of communications Greg Bensel, advised the church on how to soften the impact of child sex abuse allegations.

The NFL were made aware of the matter by the plaintiffs’ legal representatives, because the alleged emails are understood have been sent using the NFL.com domain, though they have yet to publicly comment on the case.

There is no indication yet as to whether the Saints will face any form of punishment if indeed these allegations are found to have merit, however league rules dictate that anyone engaging in “conduct detrimental to the integrity of and public confidence” of the NFL is subject to censure.

The owner of the New Orleans Saints, Gayle Benson, is known to be a deeply religious person and maintains a close friendship with New Orleans archbishop Gregory Aymond. Benson has given millions of dollars in charitable donations to causes related to the church.

“The information at issue bears a relationship to these crimes because it is a continuation of the Archdiocese’s pattern and practice of concealing its crimes so that the public does not discover its criminal behavior,” the plaintiffs’ attorneys wrote, via the Associated Press. “And the Saints joined in.” (RT)