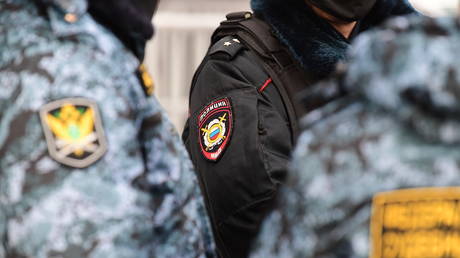 A Russian policeman has been arrested, suspected of leaking information from the country’s centralized database of travel records, which is available only to law enforcement. He is accused of transferring data to a third party.

That’s according to Moscow daily Kommersant, which reported that the unnamed St. Petersburg police officer could have handed over information to the team of Alexey Navalny, the Russian opposition figure who was allegedly poisoned and fell ill on a flight from Tomsk to Moscow in August. The newspaper claims that, in September, the individual concerned checked the database for information on Navalny’s flight S7 2614, and “transferred it to a third party.” The Investigative Committee has opened a criminal case based on abuse of authority.

In Russia, internal flight and rail tickets are generally bought using a passport or other identity document, meaning that the database is a very easy way to track citizens’ movement.

The journalists also claim the investigation into the leaked information was the reason for the arrest of reporter Mäile Machulite of Baza, who was detained last week after a meeting with a police officer about “important information.” According to Kommersant, she was questioned in connection with the case of the flight database information leak. Baza is a Telegram channel that often breaks news before established media outlets.

Flight data formed a large part of an investigation into the alleged poisoning of Navalny, conducted by the US and UK government-funded group Bellingcat, alongside Russian-language outlet the Insider, America’s CNN, and Germany’s Der Spiegel. According to their reports, Navalny was attacked by Federal Security Service officers, who followed Navalny for a long time, visiting the same cities as him in small groups. Leaked databases obtained on the black market were an integral part of Bellingcat’s investigation, and it came to its conclusions using phone geolocation data and airplane ticket information.

The latest detainment isn’t the first time a policeman has been implicated in leaking data not publicly available in connection with the Navalny case. On January 19, a senior police lieutenant from Samara, Kirill Chuprov, was placed under house arrest and faces up to 10 years in prison if convicted of abuse of office. According to a source for Moscow daily newspaper RBC, Chuprov also released secret travel data. (RT)