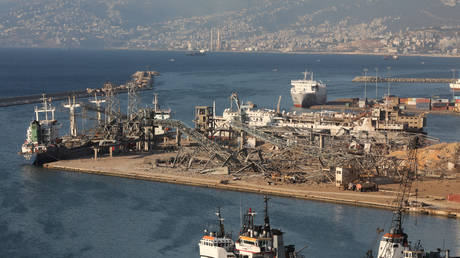 The explosion that devastated Beirut has been linked to a mishandled ammonium nitrate cargo confiscated from a foreign ship. Now a former crew member tells RT the vessel, owned by a dodgy businessman, was a disaster in the making.

Some 2,750 tons of ammonium nitrate – a highly explosive fertilizer – went up in a terrifying blast in Beirut on Tuesday, Lebanese officials have said. The mushroom-shaped explosion left a wasteland where the city port stood, turning the surrounding buildings into ruins and killing more than 100 people. Thousands of others have been injured in a kilometers-wide radius. Personnel from the port authorities have been arrested while a probe has been launched into the mishandling of the dangerous material. But how did this ludicrously large cache end up in the Beirut port in the first place?

The ammonium nitrate cargo has been confiscated from the arrested vessel MV Rhosus, Lebanon’s Supreme Defense Council has confirmed. The ship is said to have entered Beirut port in September 2013 due to technical difficulties and was eventually banned from continuing its voyage. A deeper look into its history shows, however, that the vessel was a floating disaster, and trouble was brewing on it for quite some time.

According to the MarineTraffic tracking portal, Rhosus was built in 1986 and has been through quite a number of owners. Its recent history began in 2012 when it was bought by Teto Shipping – a company registered in the Marshall Islands and owned by a Cyprus-based, Russian-born businessman, Igor Grechushkin – just about a year before it was seized by the Lebanese port authorities. The company itself was formed that same year and Rhosus appears to have been its only vessel. It is now becoming clear, however, that the ship could hardly have been called a worthy vessel, even then.

The ship sailed under the Moldovan flag, and its crew was made up mostly of Ukrainians and Russians. The chilling messages they left on Russian-language forums dating back to 2012 paint a picture of nightmarish work conditions from the moment they took on the job. Facilities in a dismal state, extremely low salaries and back pay issues are constantly mentioned in the posts, which mostly served as warnings for fellow sailors considering contracts with the company.

“Those, who worked [on the Rhosus] should be awarded ‘Hero’ titles,” one sailor wrote, in a message screenshotted by Telegram news channel Baza. “The ship has no refrigerating chamber” to store foodstuffs and even the master’s cabin had no sanitary conveniences, the message reads.

RT has contacted a former employee of Teto Shipping, who served onboard the ill-fated ship – and his account appears to perfectly support the crewmen’s allegations.

Semyon Nikolenko, who was hired as an electrical engineer for the MV Rhosus crew some time in 2012, says both the vessel and the company management were “not good.” 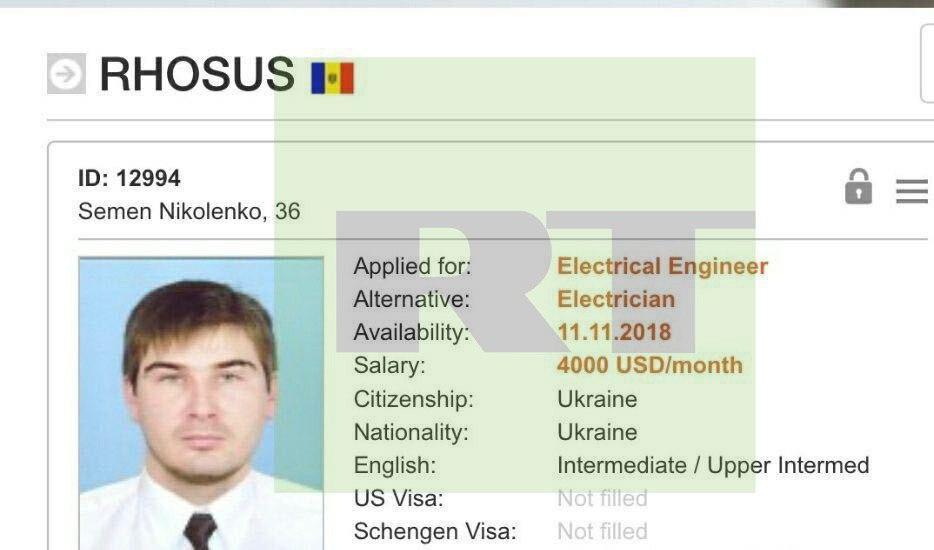 “It was my first contract, my first [sailing] experience – and a bitter one,” the sailor, now living in Crimea, told RT. The ship’s owner was “all talk,” Nikolenko recalled, describing Igor Grechushkin as a “sly” man who did not deliver on his promises.

Even more alarmingly, the ship had lots of technical issues, including malfunctioning radars and trouble with its main engine. Nikolenko’s story suggests Grechushkin could not have cared less about the problems, as he only financed repairs when the ship’s deficiencies were registered by port authorities.

There were frequent inspections in the European ports, constant reprimands, arrests.

Nikolenko admitted that Teto Shipping often sought to resolve any issues with port authorities through bribes rather than through rectifying deficiencies. Shortly before arriving in Beirut, the ship had been under ‘arrest’ for two weeks in Seville, Spain, where the port authorities forced the company to install a backup generator since only one of the vessel’s power units was operational, the sailor recalled.

Also on rt.com Lebanon ARRESTS ALL port officials as images are thought to reveal the poorly stored ammonium nitrate which blew up Beirut

The man, who served more than seven months on the ship, quit the job just before Rhosus’ ill-fated trip that ended in the Port of Beirut.

In 2013, Rhosus picked up 2,750 tons of ammonium nitrate in the Georgian port of Batumi and was expected to deliver it to Mozambique but never reached its destination due to the technical issues. Following an inspection by the Port State Control – an arm of the International Maritime Organization (IMO) – it was forbidden from leaving Port of Beirut.

By that time, the crew had already been reduced to a minimum, due to the “dangerous” nature of the cargo on board, Nikolenko says. A 2015 legal summary made by Lebanese law firm Baroudi & Associates suggests the vessel was then virtually abandoned both by the ship owner, who promptly declared his company bankrupt, and the cargo owners.

Sep 13: a vessel with 2,750 tons of Ammonium Nitrate entered the Beirut port.Oct 15: “the port authorities discharged the cargo onto the port’s warehouses. The vessel and cargo remain to date in port awaiting auctioning and/or proper disposal.” pic.twitter.com/TNLeRvMkXP

The captain of the ship and four other crew members were detained in Beirut and had to spend 11 months there before they were allowed to return home. Captain Boris Prokoshev filed a complaint against the ship owner in 2014, in which he said that the sailors had been left without salaries and food.

According to the captain, the vessel was arrested by the Lebanese over its failure to pay the port fee. Yet, he believes, it was an ill-advised move. “It was no use arresting this ship. They should have got rid of it as soon as possible,” Prokoshev told sibreal.org, adding that Beirut could also have safely disposed of the dangerous cargo. “If no one lays claim on the cargo then it belongs to no one,” Prokoshev said.

According to Baroudi & Associates, the ship’s dangerous cargo was moved to a port storage facility, where, apparently, it remained all these years. As for the fate of the troubled ship, which was last registered by the Marinetraffic tracker in the Beirut port close to the epicenter of the explosion, it might have sunk long before the port was devasted by the blast.

“It had a small hole in the hull. We had to pump out the water from time to time. Without the crew, there was no one to do that,” the captain said.

While for the MV Rhosus the jig was up then and there, the same cannot be said of its cargo, which remained a concern for Lebanese authorities for years to come. Security officials were aware of the danger posed by the ammonium nitrate cache and demanded that port officials remove it months before the disaster, local media reports have claimed. But the purported images of the storage site shared on social media appear to show that the authorities on the ground had a woefully inadequate understanding of how to properly store the explosion-prone chemicals. The photos seemingly show large bags stuffed with tons of fertilizer hastily lumped into a flimsy-looking warehouse – practically the same material that caused widespread destruction in Toulouse in 2001 and in Texas City in 1947.

In a grotesque twist, someone reportedly decided to store fireworks next to the combustible cache. The unofficial story goes that it took a welding job on the warehouse’s door to set them alight, which in turn triggered the massive explosion of ammonium nitrate, with varying estimates putting it as equivalent to one or several kilotons of TNT.

On September 27, President of the Republic of Turkey, Recep Tayyip Erdoğan, made a phone…

“President Aliyev appealed to people informing them about goals of Armenian provocations and violent actions,…

Reports of hostilities from the Nagorno-Karabakh conflict zone are of most serious concern, European Council…

State Service for Mobilization and Conscription of Azerbaijan appeals to people

As it has already been reported by the Ministry of Defense, around 06:00 hours, on…

Azerbaijan’s Foreign Ministry has issued a statement on the current situation at the frontline. The…

Armenia does not conceal its plans to occupy Azerbaijani lands , says President Aliyev

“Armenia plans to occupy Azerbaijani lands and does not conceal that. Their military-political leadership tried…

The Co-Chairs of the OSCE Minsk Group (Igor Popov of the Russian Federation, Stephane Visconti…