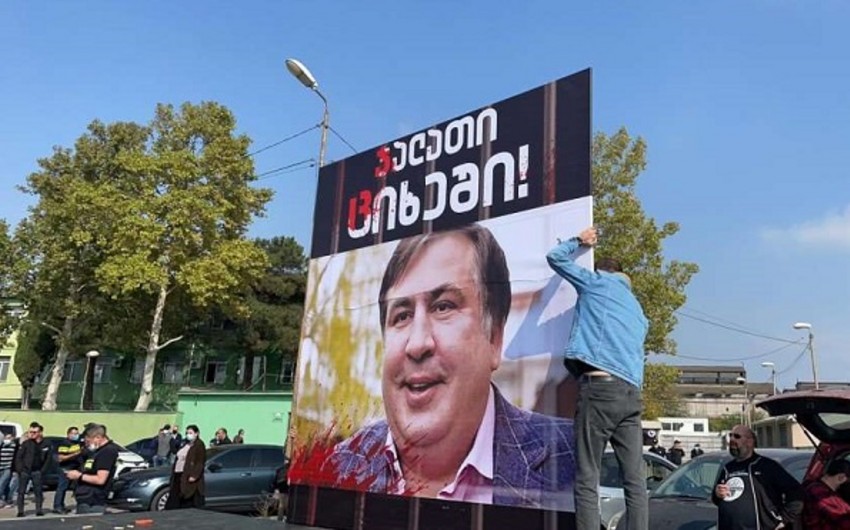 A mass rally against former President Mikheil Saakashvili is being held in the Georgian city of Rustavi.

Hundreds of people gathered in front of Prison No. 12, where the former president was detained, according to Report’s local bureau.

Protesters accuse Saakashvili of repression during his rule.

They chanted ‘Oppressor!’ and ‘Killer!’ as they continued their protest.