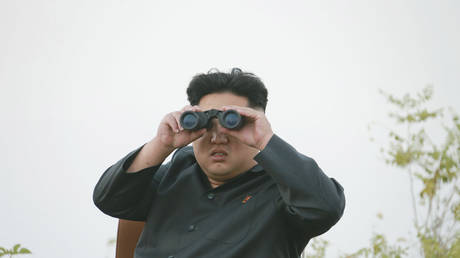 Is it a bird? Yes, actually. After US President Donald Trump and North Korean leader Kim Jong-un met at the DMZ, South Korea scrambled jets to intercept an “unidentified object,” which turned out to be a flock of birds.

With the impromptu meeting between Trump and Kim being described in the media as both “historic” and a “photo-op,” South Korea’s military was on high alert again on Monday morning, as radars picked up “traces of flight by an unidentified object” heading south across the demarcation line, the South’s Yonhap news agency reported. (RT)

Humans left behind a record amount of e-waste in 2019

2019 set a record for the amount of e-waste ever generated worldwide: 53.6 million metric…

Former Tory Chancellor Philip Hammond has waded into the row over Huawei, accusing his party…

Study shows that when dying, stars fertilize the universe with their ashes

New findings show that when stars die they gently sprinkle chemical-rich ashes throughout the cosmos.…

The challenges of positive parenting