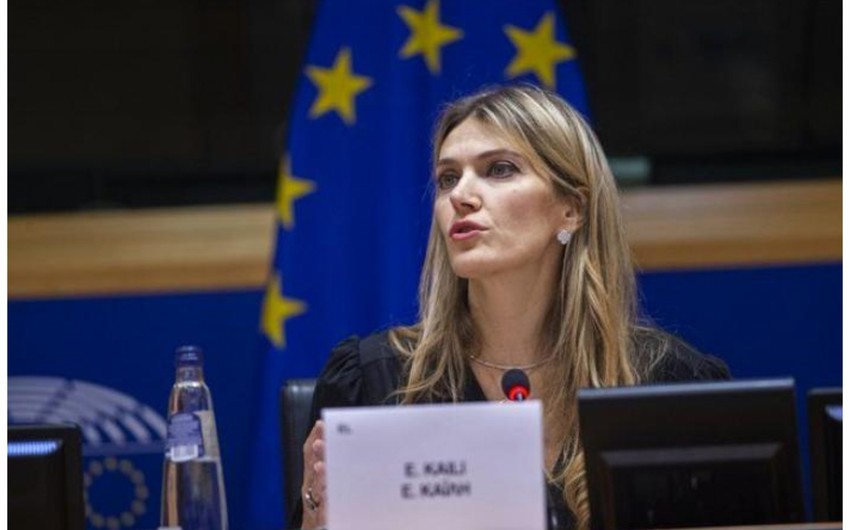 The President of the Socialists and Democrats (S&D) in the European Parliament, Iratxe Garcia Perez, had summoned MEP Eva Kaili for her “ghost” vote at the LIBE committee on Qatar, but the meeting never took place as Kaili was arrested as part of the Qatar scandal investigation, Report informs, citing EURActiv.

A vote at the European Parliament’s Committee on Civil Liberties, Justice and Home Affairs (LIBE) on Qatar’s visa liberalisation exposed Kaili as she was not a member of the committee.

During the previous plenary session of the EU House, Kaili participated in the LIBE committee and voted in favour of Qatar’s visa liberalisation.

It was the same period when Kaili spoke in the plenary, saying Qatar is a “frontrunner in labour rights”.

An S&D source told EURACTIV that Kaili was not even sitting with her S&D group but in the back seats with her partner Francesco Giorgi and two people who came directly from Doha.

Read more:   Now that Berlin's quit decades of courting both Moscow and Washington, how will things work out?

When the votes were counted at the end of the voting process, EU lawmakers realised that there was an additional vote, the one of Kaili.

Then German S&D MEP Birgit Sippel (SPD), who voted against the Commission’s proposal for Qatar’s visa liberalisation, then filed an internal complaint against Kaili to the S&D chief Garcia.

A source from Garcia’s office told EURACTIV that it was the first time that the S&D chief received a complaint against Kaili.

“Iratxe Garcia had scheduled a meeting in the EU Parliament in Strasbourg for Kaili to explain why she was present at that vote and, above all, why she participated in the voting process”, a source from Garcia’s office told EURACTIV.

However, the meeting never occurred as Kaili was arrested for the Qatar scandal.

The same source explained that Nikos Androulakis, the President of the Pan-Hellenic Socialist Movement (Pasok – S&D), told Garcia after the summer that Kaili would not be a candidate for the next EU elections without elaborating further.

Another incident that surprised socialists, according to the source, was when the Greek MEP broke the S&D line for the selection of the next secretary of the European Parliament and voted in favour of the centre-right EPP candidate, Alessandro Chiocchetti.

EURACTIV Greece reported last September that after the vote, a closed-door S&D meeting took place in which socialist lawmakers lashed out at her for her position.