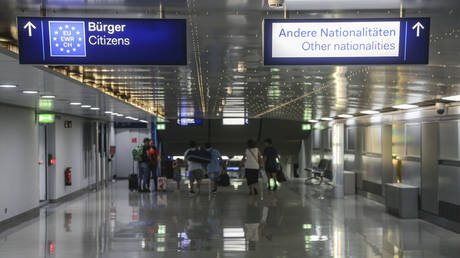 “They have to do that from their home country, Russia,” she said, as thousands of men are fleeing Russia amid the ongoing partial mobilization announced last week by President Vladimir Putin.

The commissioner explained that the new restrictions were imposed as a response to what she called Moscow’s “escalation” in the Ukraine conflict.

The right to apply for asylum is “a fundamental right” for any person, Johansson said, but obtaining an EU tourist or short-term visa is not a right but a “privilege.”

“If a Russian person intends to stay longer than 90 days in the EU, he or she should not be issued a visa,” she said. 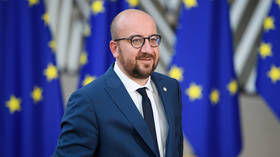 At the same time, the commissioner said, Europe “will not close its door to those who are in genuine need of protection.”

According to the statement, which was published by the European Commission, all visa applications from Russian citizens should be considered in line with “a strict approach assessing the justification of the journey.”

The guidelines also suggest that consulates and border guards should strictly “reassess” visas that have already been issued. Border guards should have the power to revoke Schengen visas regardless of which state had issued them, the document states.

The new restrictions come weeks after the EU suspended its visa facilitation agreement with Moscow. Last week, however, EU Council President Charles Michel called on the bloc to welcome Russians who are fleeing the country “because of their political opinions.”

Some EU member states are taking a much harsher approach, however. On Friday, Finland closed its borders for Russians with Schengen tourist visas.

Latvian Foreign Minister Edgars Rinkevics also said recently that his country would not issue humanitarian or other types of visas to fleeing Russian nationals because many of them “were fine with killing Ukrainians.”

According to Western media, citing official statistics from various countries, more than 200,000 people have left Russia since September 21. (RT)