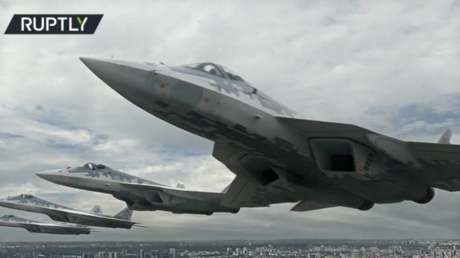 Russian jet fighters and helicopters of all shapes and sizes flew over Moscow’s Red Square on Sunday, as Russia celebrated victory over Nazism in WWII.

There were worries that the aircraft would be grounded due to the cloudy weather, but the planes were cleared for flight at the last moment.

The aerial parade was led by Mi-26 heavy transport helicopters, which were closely followed by Mi-35M and Mi-24 gunships, as well as Ka-52 attack helicopters.

A Tu-95 bomber and an Il-78 tanker imitated aerial refueling. Next came a Tu-160 supersonic nuclear-capable strategic bomber that was flanked by four jet fighters. 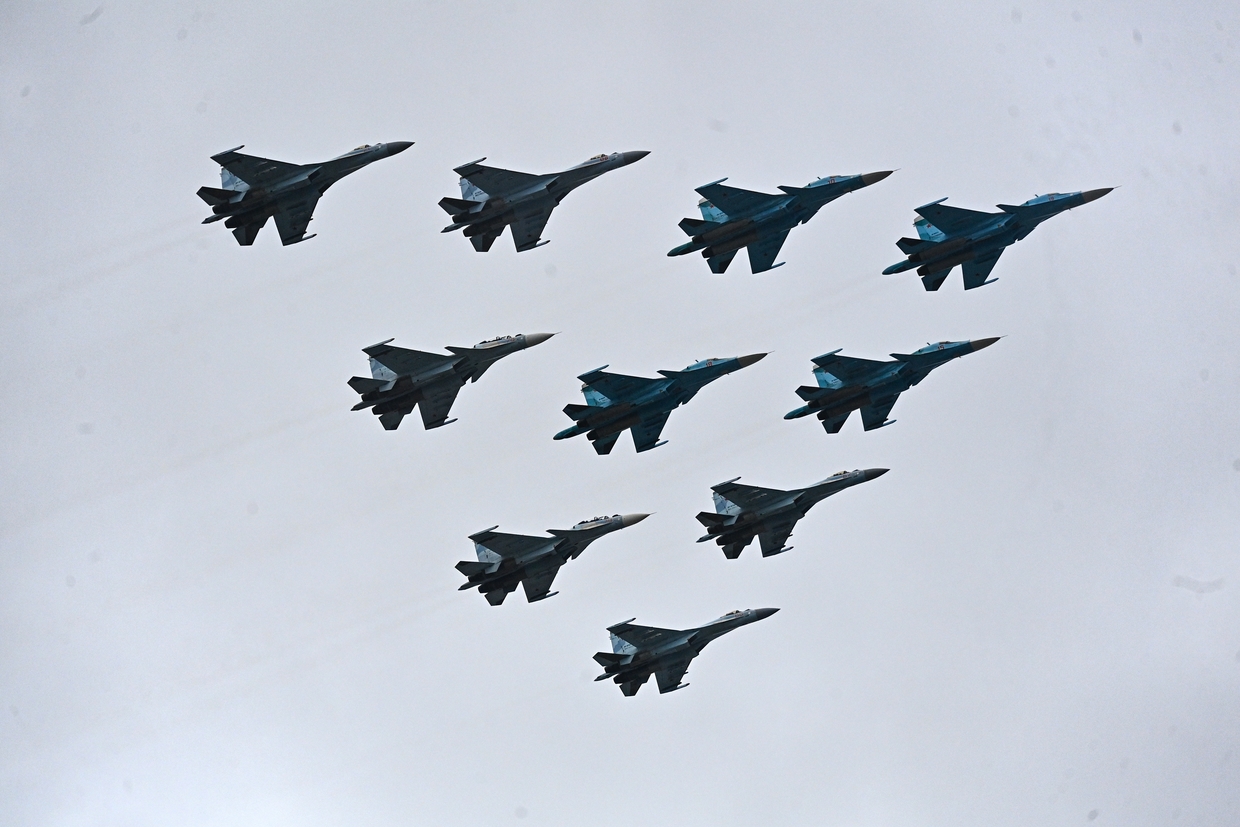 Su-34 bombers, Su-30SM jets, and supermaneuverable Su-35S fighters flew by the Kremlin and Red Square in a tight formation.