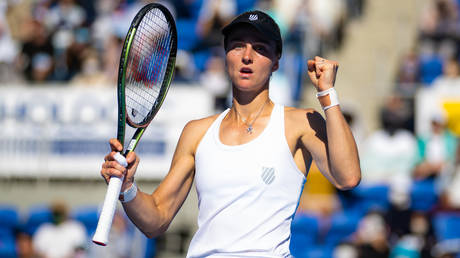 Russian tennis stars Liudmila Samsonova and Ekaterina Alexandrova have enjoyed the benefits of tournament wins at the weekend after rising up the WTA women’s tour rankings.

Later that day in Seoul, Samsonova’s compatriot Alexandrova won her third career tournament and second in 2022 by beating Latvia’s Jelena Ostapenko 7-6 (4), 6-0 in the Korea Open final.

Both women were rewarded for their performances with a rankings boost in the updated WTA charts on Monday. 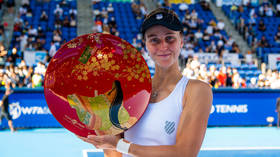 Samsonova has moved up from 30th to 23rd thanks to her win, while Alexandrova is now the world’s 21st best female player, improving on a previous ranking of 24.

The pair still have some way to go if they hope to dethrone Russia’s top two women’s stars, with Daria Kasatkina remaining just outside the top 10 in 11th and Veronika Kudermetova still 13th.

Anna Kalinskaya moved up one spot to 52nd in the WTA standings, although there were drops from 45th to 48th for Anastasia Potapova, and 85th to 90th for Varvara Gracheva.

Replacing retired Australian Ash Barty at the summit in March, Poland’s Iga Swiatek continues to lead the pack following her US Open title win at Flushing Meadows over Ons Jabeur this month.

Swiatek, 21, is way out in front on 10,180 points, which is double the tally of her nearest challenger, which is Tunisia’s Jabeur. (RT)