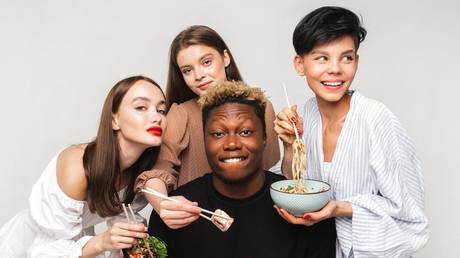 A Japanese food-delivery chain in Russia has become an unlikely target of threats and of online harassment, its founder says, after nationalist activists took exception at ethnic diversity depicted in one of its advertisements.

In a statement issued over the weekend, the Moscow branch of Sushi Yobidoyobi said that the company “apologizes for hurting the feelings of the public with our photos” and said it had removed a promotional picture at the center of recent uproar. In the now-retracted advert, a young black man can be