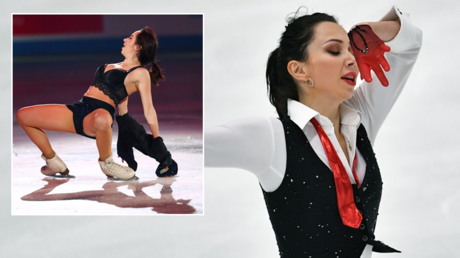 With the new figure skating season kicking off in the US this weekend, the world’s best are preparing to showcase their newly-created programs at the Grand Prix Series curtain-raiser in Las Vegas – Skate America.

Russian star Elizaveta Tuktamysheva, who made a stunning comeback to elite skating last season after reviving the triple axel, is widely considered one of the favorites to win the season-opening event in North America.

The 22-year-old has already presented her new routines at the figure skating challenger Finlandia Trophy, where she finished second behind compatriot Alena Kostornaia.

Tuktamysheva was one of the most-discussed skaters last season, not only because of her brilliant results but also for her bombshell ‘striptease’ exhibition routine.