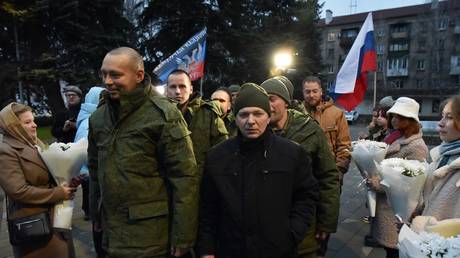 Another nine Russian soldiers were freed from captivity following talks between Moscow and Kiev, the Defense Ministry stated on Saturday. The servicemen would now be flown to Moscow by the Air Force transport aircraft for rehabilitation, according to the military.

While in Ukrainian captivity, the soldiers faced “grave danger,” the ministry stressed. “All those freed are now receiving all the necessary medical and psychological aid,” the statement read. 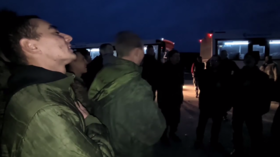 Kiev claimed it returned 12 people – nine soldiers and three civilians, with a man who was considered “missing” being among them. According to Ukrainian President Vladimir Zelensky’s chief of staff, Andrey Ermak, the list included two officers and seven privates.

The Saturday’s swap is the latest one in a series of similar moves that saw more than 100 Russian soldiers returning home this week.

On Thursday alone, Russia and Ukraine swapped 50 POWs after exchanging another 35 the day before.

In early November, Russia and Ukraine each released another 107 captured personnel. (RT)