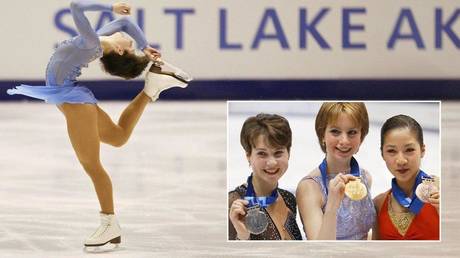 Russian figure skating legend Irina Slutskaya has talked about one of the most dramatic moments in her sporting career: the 2002 Olympic Games in Salt Lake City – when she was denied a chance to win the coveted gold.

In an interview with RT Sport, the two-time world champion talked about the rise and fall of her success, life after retirement, and coping with post-career depression.

In 2002, an uncompromised battle for the Olympic crown in ladies’ skating was expected to unfold between Slutskaya and the US idol, Michelle Kwan, who was fiercely supported by the home crowd. But to the great disappointment of the US team, pre-tournament favorite Kwan failed to deliver a faultless performance, making two errors that didn’t go unnoticed by the judges.

Slutskaya demonstrated immaculate skating and could have taken gold, if not for the strange decision taken by the judges, who preferred instead to crown another US skater, 17-year-old Sarah Hughes, who made her rise from fourth place after the short program.

The results in the women’s event caused an uproar, with many pundits accusing the judges of being biased and deliberately giving the gold medal to the US team despite Hughes’ jumps being clearly under-rotated. 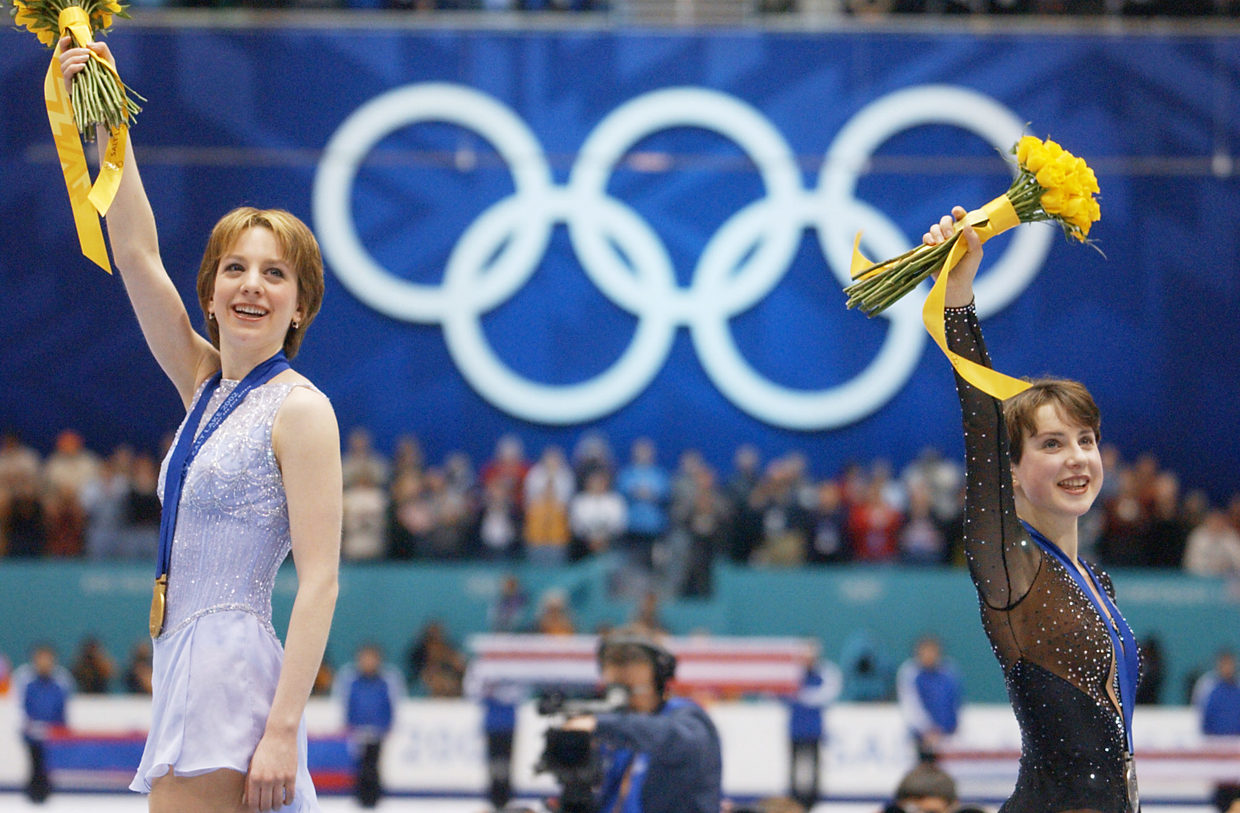 Slutskaya, who was filmed crying after learning of Hughes’ scores, admitted it was one of the most unfair losses she had ever suffered.

“My tears were the only logical reaction to the Salt Lake City Olympics. Of course, I knew beforehand that I wouldn’t be allowed to win there – it was all about politics. But, undoubtedly, it was extremely unfair, because, according to all the criteria, I definitely won at those Games,” the former skater told RT Sport.

Read more:   Azerbaijani President: We urge all countries to refrain from supplying arms to Armenia

“It’s more than unpleasant: you’ve been working hard for so many years to get ready for the Olympics. And then you come to the ice knowing that 90 per cent of the audience is against you. You can feel it with all your fibers. It was painful and unfair [not to receive gold]. But, as the years go by, I’ve realized this loss was a drop in the ocean. Olympic medals are not the most important things in life,” she added. 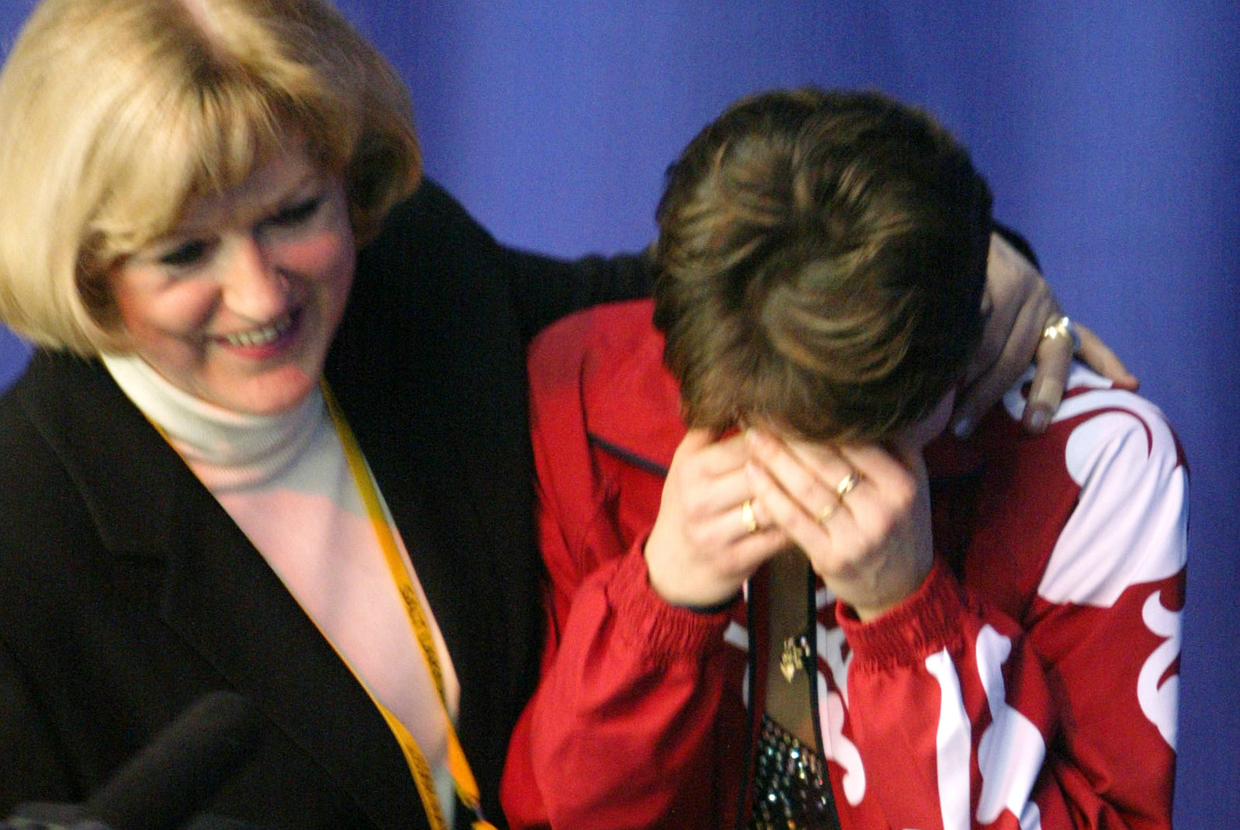 The seven-time European gold medalist explained that her anger and frustration over the Salt Lake loss soon lessened.

“Real life starts after retirement. You may think you’ve achieved everything: world recognition, financial stability, a huge army of fans, but after leaving your sport, you face problems that really matter. And it scares you a lot, because, if you’re in trouble, it doesn’t matter whether you’re an Olympic champion or not. We’re all equal in the face of problems,” Slutskaya said.

“The most important things in life are health, a close-knit family, kids, and doing work you love and that brings you joy for many years. I have all of that and I’m absolutely happy. I’m proud of the victories I had during my career. I managed to take part in three Olympics. I love my medals and I’m truly proud of what I achieved.”

Read more:   Executive and communication plans on business areas for second half of the year to be implemented

Talking about her post-career period, the two-time Olympic medalist admitted that not all former athletes manage to start again from scratch and many have to cope with the subsequent depression. Slutskaya was horrified by the tragedy that befell Russian skater Ekaterina Alexandrovskaya last month. She is believed to have committed suicide after being forced to retire.

“This is a very complicated situation. I’d like to offer my sincere condolences to her parents. It’s a huge and irreparable loss. She was the sole child in the family. I can’t even think about it,” she said.

“Everything is great when you’re at the peak of your career and achieving great results. But the moment your sports life is over can be really hurtful. People believe professional athletes are extremely popular and are always in demand, but that’s not true. It’s of great importance to find yourself after sport. It’s not easy to adapt – sometimes former athletes are not able to do anything else apart from sport. They start searching, with some of them going on to study in order to acquire a new job. I finished several university courses and tried a number of different jobs after retirement, but, unfortunately, some people fail to adapt and sink into depression.

“The worst situation is when a person doesn’t have either a new job or a family, and they feel their life is rolling into the abyss. Not everyone can stay strong and withstand difficulties. I didn’t know this girl personally, but it’s a big tragedy, especially for her parents, who will now live without her. Once again, my condolences to her family,” Slutskaya added. 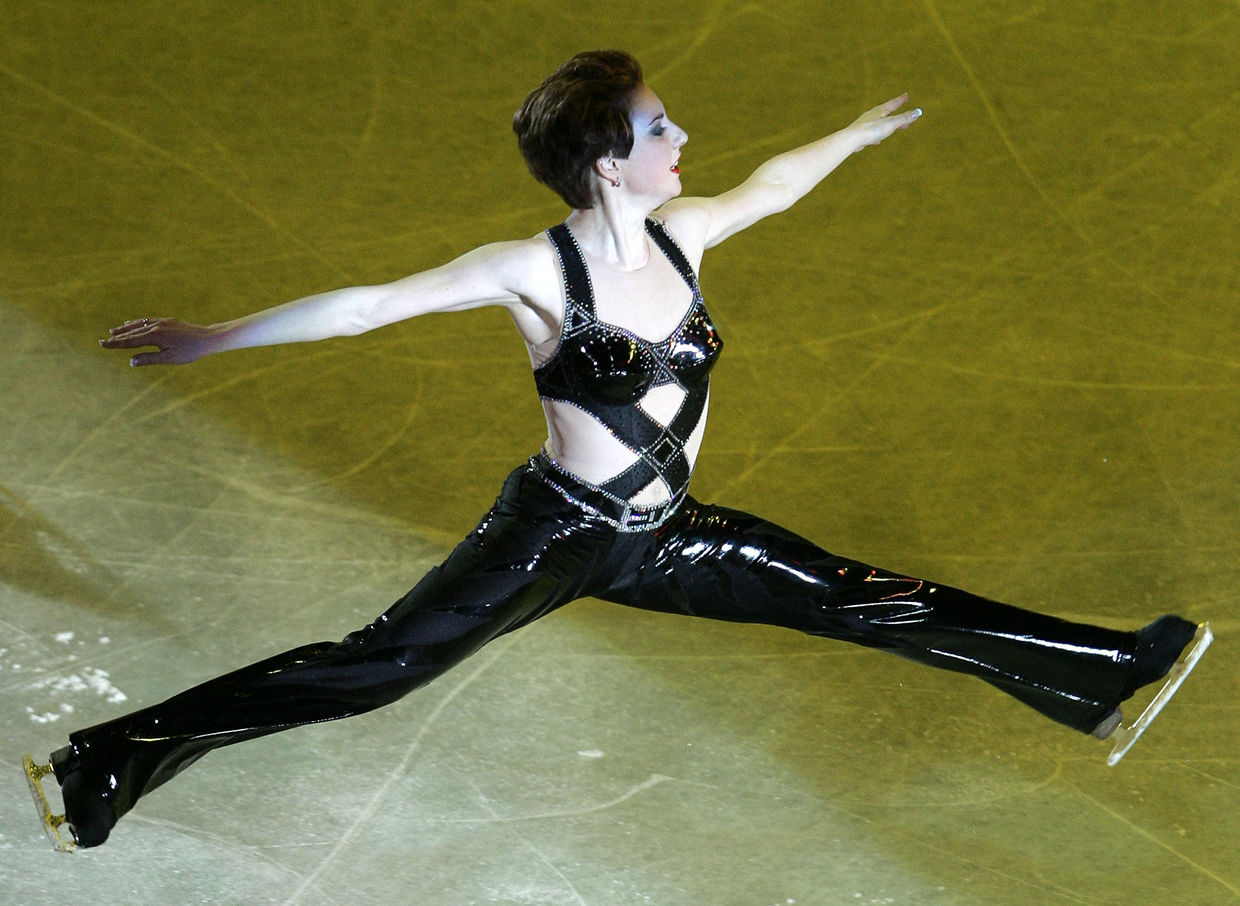 The skater confessed that she also had dark moments, after being diagnosed with vasculitis (a serious condition in which the blood vessels become inflamed) that could have prematurely ended her career. However, the strong-willed athlete bravely overcame her difficulties and returned to the ice.

“Of course, there were moments when I wanted to give up – I’m a human being, after all. I was depressed and wanted to quit skating. I asked myself numerous times: “Why do I need all that?” But obviously my desire to live and my desire to win got the upper hand. I’m grateful I was supported by my family and my coach [Zhanna Gromova] after I was diagnosed with vasculitis, which had threatened to end my sporting career. I rose from the ashes like a phoenix to achieve my goals – that’s why I took so many victories,” Slutskaya said.

Now a mother to three children, she thinks online hate on internet platforms has a lot to answer for. She’s pretty active on social media herself, but encourages her kids to stay away.

“It’s not only professional athletes who receive negative messages online – I think all people face such a problem. If a person is popular, he or she can’t avoid online hate. There will always be keyboard warriors who go unpunished, hiding behind their fake accounts,” the former skater said.