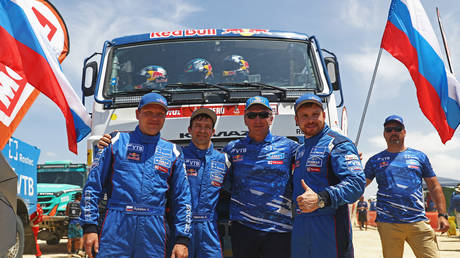 Kamaz-Master have declined to sign a document which would allow them to compete in the world-famous race Russia’s KAMAZ-master team pictured at the 2019 Dakar rally. © Dean Mouhtaropoulos / Getty Images

Russian team Kamaz-Master will not race at the upcoming Dakar rally after announcing that they would not sign documents which they say would have forced them to “denounce” their own country.

The development means that for the first time in 24 years, the world-famous Dakar rally will have no Russian representation, with Kamaz-Master having claimed an impressive 19 victories in total – while Russia as a whole can lay claim to 20 titles, second only to France in the all-time list.

In a message posted to the team’s official website, Kamaz-Master railed against the requirement from international governing body the FIA, which allows Russians to race under neutral status but on condition that they sign certain documents which include statements on the situation in Ukraine.

Read more:   Heiko Maas: No evidence of foreign mercenaries' participation in hostilities in Karabakh on Azerbaijani side

“The participation of Russian athletes in the Dakar rally is due to the need to sign the questionnaire of the International Automobile Federation (FIA), condemning the Russian special operation in Ukraine,” the team stated.

“In our opinion, the content of this document is political in nature, and also violates the principles of a level playing field for athletes. We consider it impossible for us to sign such documents and participate in competitions under such conditions.” 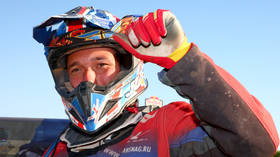 Kamaz-Master also stated that their choice to withdraw was “obvious” and pledged their support to “the Motherland, especially when it is in a difficult situation.”

It was announced by motorsport’s governing body the FIA back in March that it would not permit drivers from Russia to compete without “acknowledging the strong commitment made by the FIA to stand in solidarity with the people of Ukraine,” as well as promising not to “express any support (direct or indirect) for the Russian and/or Belarusian activities in respect of Ukraine.”

Read more:   Passenger took a walk on an airplane wing - NO COMMENT

The came amid broader restrictions placed upon Russian sport by various sporting federations, and which followed a stern rebuke of Russia from the International Olympic Committee (IOC).

It became clear earlier this month that the entry requirements would likely be a sticking point for Russian racers.

Sergey Karyakin, the Russian champion of Dakar in 2017, said earlier this month that he wished to take part but outlined his condemnation of the document he would be required to sign.

“They are asking not only me to sign [the document], but also all Russian athletes. Everyone who participates within the FIA. This is the requirement of the FIA, which screamed loudest about the lack of politics in sports, but in reality, there is a policy of double standards,” Karyakin said to RIA Novosti. 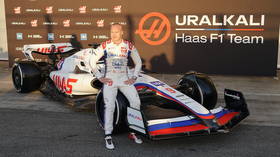 “This piece of paper says that we should not support the president, the special operation, that we consider the actions of our country to be destructive. That is, in this format.”

He added: “Of course I won’t sign such a document, I have certain principles in life, going against my homeland is completely wrong.”

Another Russian, Anastasiya Nifontova, also rejected the request to put her signature to the document and ruled herself out of Dakar as a result.

However, Konstantin Zhiltsov is one who will be racing in Dakar after he opted to change his nationality from Russian to Israeli to bypass any such restrictions.

The Dakar rally will begin on December 31 and runs until January 15 in Saudi Arabia. (RT)