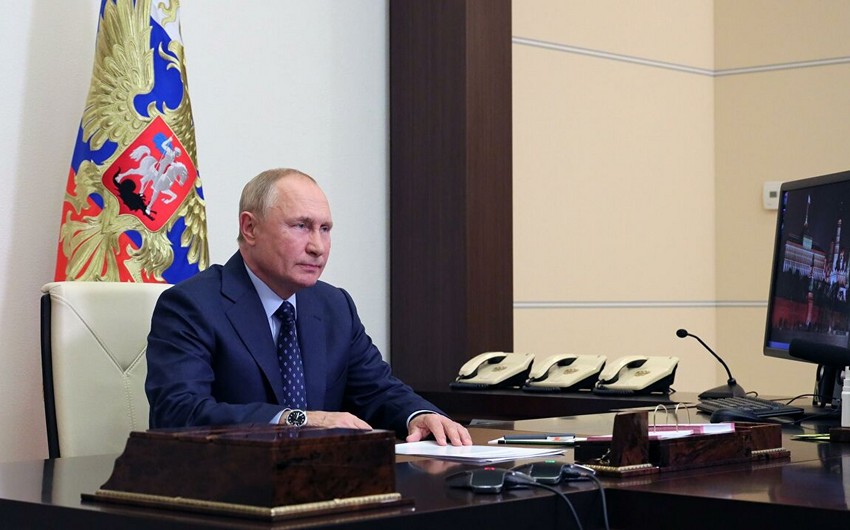 On October 13, Russian President Vladimir Putin held a videoconference meeting with the heads of the special services of the CIS countries, who participated in an earlier meeting in Moscow.

Report informs, citing RIA Novosti that this was reported by the press service of the Russian Foreign Intelligence Service.

“As part of the work of the advisory body, the president of the Russian Federation met with the heads of the special services of the Commonwealth countries via videoconference,” the message says.

Delegations from Azerbaijan, Armenia, Belarus, Kazakhstan, Kyrgyzstan, Tajikistan, Turkmenistan and Uzbekistan attended the meeting of the heads of the security agencies and intelligence services of the CIS countries on intelligence activities.

“The meeting discussed topical issues of interaction of special services in the field of ensuring security and stability in the CIS countries in the context of the destructive impact of the collective West on our states and attempts to forcibly impose ‘democracy from outside’,” the press release states.

The heads of special services came to the unanimous opinion that these processes are aimed at destabilizing the internal political situation in the CIS states, are of coordinated and purposeful nature. Western special services are the curators of the non-governmental and international organizations involved in this. In this regard, we agreed on the need to intensify joint efforts to counter these processes, the message says.

The meeting participants also agreed on mechanisms for response and interaction to localize threats emanating from Afghanistan and associated with the spread of terrorism and the influx of refugees to neighboring countries.