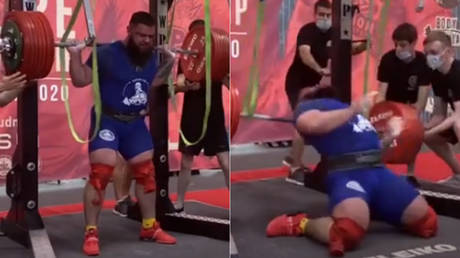 The reigning WRPF European champion fractured both knees and barely avoided being smashed by the vast weight, which could so easily have fallen on him.

The video of the horrific incident shows Sedykh shaking under the weight before seeing his knees contort disturbingly during the dangerous attempt.

The athlete was immediately taken to a nearby hospital, where he underwent complex surgery on both knees. (RT)