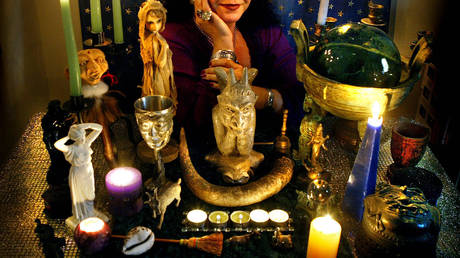 St. Petersburg police searched the apartment-turned-“temple” and stables of “Order of the Path,” a family-run cult that claimed to be fighting against “black mages” in the gov’t and sold “divine protection” for $300,000 a pop.

Earlier this week, St. Petersburg police SWAT teams raided the mysterious “Order of the Path,” a cult run by psychologist-turned-“magister” Gayva Tihomirova, and arrested the leader, 78.ru reports. The raids targeted the main “temple” of the organization, which was converted from a two-bedroom apartment, their offices, and the stables outside the city where, the shady Order held their cabals. By day, Tihomirova and company played therapist to wayward souls who wandered into the “temple” looking for help with their troubles. By night, the sinister organization worked on “preventing the apocalypse, protecting life and civilization on planet Earth, and the planet itself” by getting these sick people to pay them tens of thousands of dollars for “divine protection” spells. 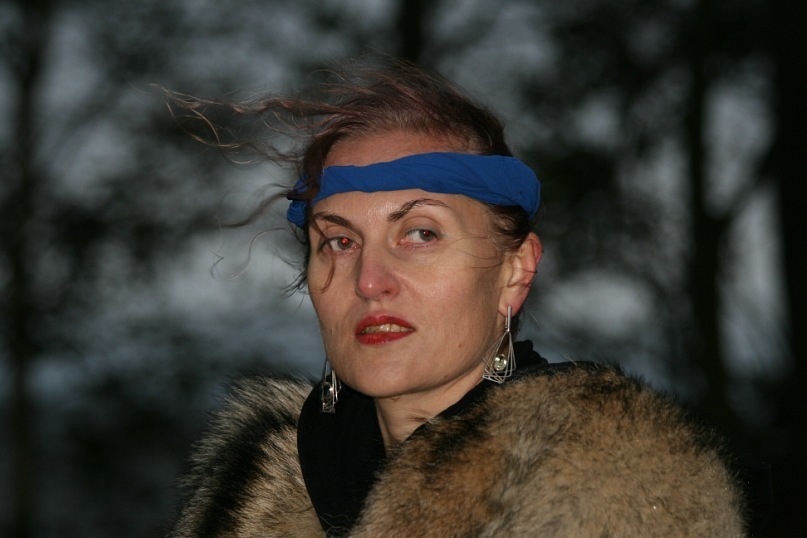 An average “client” that Tihomirova’s operation targeted was a man like “Roman” (name possibly changed to protect his identity), who spoke to 78.ru. Roman was a well-off St. Petersburg-based businessman with a dark secret: he hit the bottle pretty hard. The rich alcoholic heard about the friendly psychologist from a friend of a friend, and decided to visit the “temple” to try to find a cure his addiction. At first, the organization drew him in: everyone was friendly, really listened to his concerns, made him feel like they actually cared about him. For a man who got used to hearing from doctors that they couldn’t help him, this was a real change of pace. Roman was hooked, and kept coming back for Tihomirova’s $100 “balancing” sessions.

As time went on, Roman’s addiction kept a tight grip on the businessman. Despite his regular trips to the “temple,” he wasn’t getting any better, so Tihomirova suggested that the real solution to his problems wasn’t in St. Petersburg, it was in a small hamlet abroad. Roman balked at the $2,000 price tag for a trip to the country in the middle of his busy season, but after a bit of prodding, and promises that soon he’ll finally rid himself of his disease, he joined the group on their way to rural Lithuania. At the hamlet, Tihomirova pushed a series of “ordeals” on him: he was buried alive for eight hours at a time, hung from a cross to be able to forgive himself, and was even left in the middle of the woods for 24 hours with no food or water. None of this helped. Not the first time, and not the many other times he went there over the next eight years. The cult held onto him, and sucked him dry, raking in over $150,000 from the man, until he went bankrupt, losing everything. 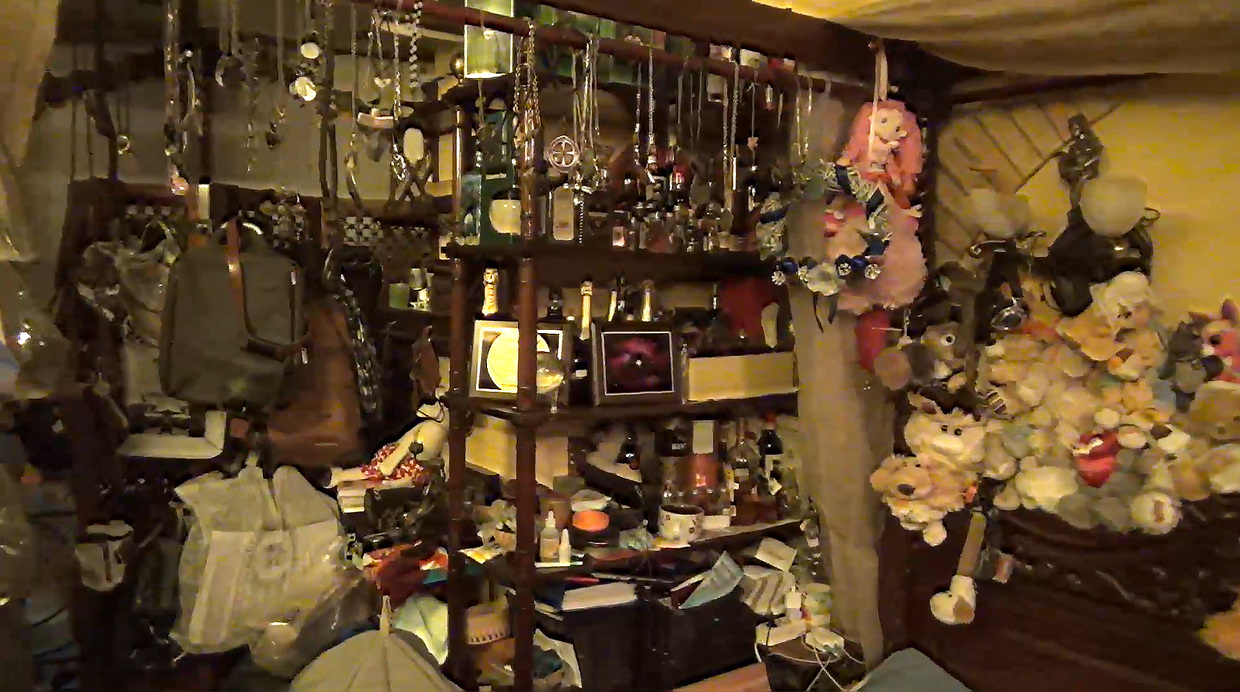 © Press service of the Ministry of Internal Affairs of Russia for St. Petersburg and the Leningrad region

Luckily for Roman, he wasn’t rich enough to afford the cult’s greatest service: nothing short of divine protection. Those that had the funds got a taste of complete defense from all enemies, both physical and spiritual, handed down from God himself. Tihomirova summoned these “divine domes of protection” over her clients for the low, low price of $20,000 per person. And of course, if her target was a businessman, he could buy a “dome” that covered his whole company, though that would cost him a cool $300,000.

Unfortunately for her victims, these domes had a pesky tendency to degrade over time. You see, they were supposedly held up by monks on a remote island, who chanted psalms day and night to maintain the “divine magic,” and those monks needed regular support. In cold hard cash. 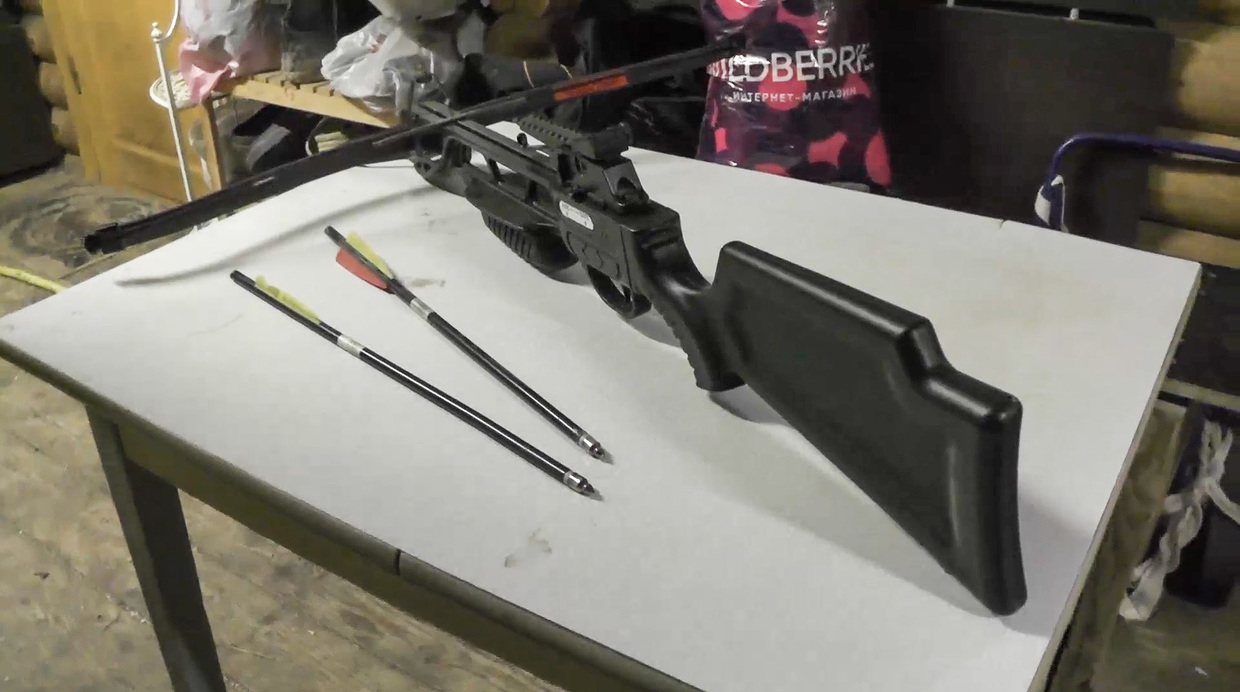 BP has no changes to its plans in Azerbaijan

As of now, there are no changes to BP’s plans in Azerbaijan, BP Azerbaijan told…

Russian help is “very much needed” in Italy’s ongoing battle against the Covid-19 virus, the…

Over the past 24 hours, Armenian armed forces again violated the ceasefire along the line…

There have been four coronavirus-related deaths in Russia as of Friday, with the total number…

Turkey could order the public to stay at home if coronavirus infections continue to spread,…

19:52 Hey MSM, you got coronavirus as another opportunity to roast Trump… but do the polls agree?

17:39 Azerbaijan’s president signs decree to exempt import of some medical supplies from VAT

16:39 Drum roll please! And the BIGGEST WINNER of the deadly global virus is…

16:00 Azerbaijani MPs to sit no less than 2 meters apart at parliament’s session

15:39 Germany looks at tracking patients to rein in coronavirus – reports