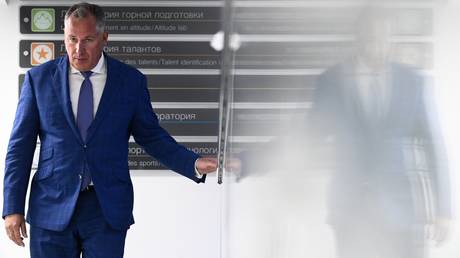 Stanislav Pozdnyakov is hoping for progress on athletes from his country making a comeback to international events. ©  RIA Novosti / Vladimir Astapkovich

IOC president Thomas Bach proposed terms for the return of Russian athletes in an interview last week Stanislav Pozdnyakov is hoping for progress on athletes from his country making a comeback to international events. © RIA Novosti / Vladimir Astapkovich

Bach suggested to Italian media last week that the bans imposed on Russians across a variety of sports because of the conflict in Ukraine could be lifted, but on condition that the athletes “distance themselves” from the actions their government.

Russian Olympic Committee (ROC) president Pozdnyakov said on Tuesday that he had not yet had a chance to discuss those remarks with Bach, but was hoping to do so at the general assembly of the Association of National Olympic Committees (ANOC) which is set for Seoul on October 18-21. 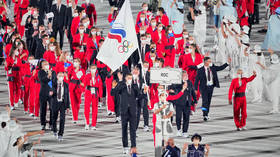 “We haven’t talked to Bach yet, but I’m sure that there will be an opportunity to discuss this issue at the ANOC General Assembly in South Korea,” Pozdnyakov told Match TV.

When asked about the situation with the 2024 Paris Olympic Games and Russian athletes’ hopes of being cleared for the event, Pozdnyakov replied: “While work is underway, the basic scenario for the ROC is the participation of Russian athletes in Paris.”

Bach’s comments on the potential terms for lifting the bans on Russians athletes were met with anger from some sporting figures inside the country.

Pozdnyakov said that the suggestion could mean that Russian sportsmen and women were “forced to violate the laws of their country and the Olympic Charter.”

Others accused the IOC of being hypocritical for claiming that sport must remain immune from politics, while seemingly making a political demand of Russian athletes. 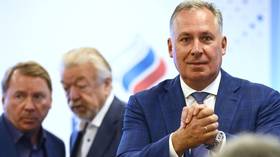 The IOC initially recommended that sports federations decline to invite Russian and Belarusian athletes to international competitions on February 28, following the onset of the military campaign in Ukraine.

Read more:   Blasts in Crimea put more than half of Russian Black Sea fleet's naval aviation combat jets out of use, say reports

A large number of federations heeded the IOC’s call, although some sports such as tennis have allowed Russians and Belarusians to continue to compete under neutral status.

Bach has attempted to defend the IOC’s stance by claiming it partly protects Russian and Belarusian athletes from hostility they would supposedly face outside their home countries.

However, Russian officials and sports stars such as Olympic high jump champion Mariya Lasitskene have accused Bach and the IOC of discrimination.

It has also been pointed out that athletes from other countries whose governments launched military campaigns down the years have not faced similar sporting sanctions.

Russian Olympic chief Pozdnyakov stated his belief last month that sports federations were beginning to realize they were at a “dead end” with sanctions against Russia.

Pozdnyakov also said that Russian participation at the ANOC gathering in South Korea was evidence that his country’s voice was “beginning to be heard.” (RT)

SOCAR and GOGC may expand gas transportation and storage infrastructure

Eni: By 2025 Italy to completely replace gas from Russia

By 2025, Russian gas in Italy will be completely replaced, said Claudio Descalzi, CEO of…