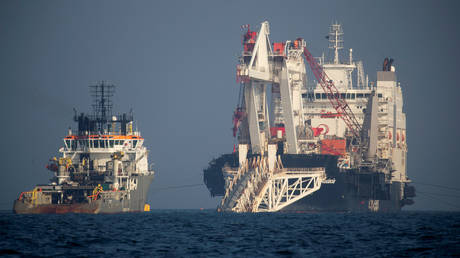 Construction on the Nord Stream 2 pipeline from Russia to Germany is expected to be completed in August, with the first gas deliveries possible later this year, according to one of the major investors in the project, OMV.

“I would like to keep my fingers crossed for the Nord Stream 2 construction work [to] be completed at the end of August. So, we believe that the gas may be flowing this year. There is a good chance of this happening,” the Austrian company’s CEO Rainer Seele said at a press briefing on Thursday.

Seele welcomed the recent deal on the Nord Stream 2 pipeline reached between Germany and the United States, which has been opposed to the project.

“Of course, I welcome the agreement between the US and Germany because it paves the way to the final completion and commissioning of the pipeline,” Seele stated. He emphasized that OMV sees the project as a means to provide Europe with safe access to natural gas, which in his view plays a major role in the continent’s energy transition. (RT)

“Currently, the United States is not honoring its obligations. Our country currently has over 300,000…