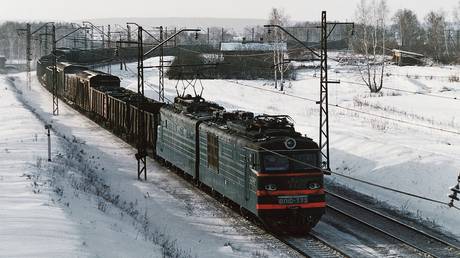 Lithuania has quadrupled helicopter patrols along its short border with Poland due to tensions with Russia, the Wall Street Journal has reported, citing the Baltic nation’s interior ministry. Vilnius is monitoring Russian trains going through the area to and from the exclave of Kaliningrad, ensuring they comply with EU restrictions, the newspaper said.

The increase in surveillance activity by Lithuanian border guards was measured in comparison with that of 2020, the newspaper said, citing a spokeswoman for the ministry. Other rotorcraft are now taking part in military exercises, the official said, according to a Sunday article.

Vilnius temporarily suspended Russian rail traffic to and from the exclave through Lithuanian territory in June, sparking a diplomatic crisis. Vilnius claimed it was only enforcing EU sanctions against Russian international trade, while Moscow accused it of mounting a blockade of the Kaliningrad region.

The situation was partially resolved in July, after the rail connection was reopened, but not fully resolved. The region’s governor said this week that the transportation quotas, which were set by the European Commission based on traffic during previous years, have been exhausted for some goods. (RT)