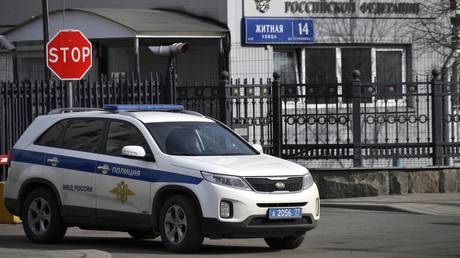 Russia’s popular online magazine Republic has been labeled a foreign agent by the Ministry of Justice, in an unprecedented move, with officials citing the fact that embassies of other countries have subscriptions to the publication as the reason for the designation.

The outlet was given the tag in October, requiring it, among other things, to append a disclosure that it receives funding from foreign sources to all materials it publishes. At the time, Dmitry Kolezev, chief editor of the magazine, said that Republic was funded solely by subscribers and that he did not know why it had been given the label.

On Thursday, Kolezev posted on his Telegram channel, announcing that the Ministry of Justice had explained that it had designated Republic a foreign agent because foreign parties and media outlets, including The Wall Street Journal and the embassies of France and Kazakhstan, were paying for subscriptions to the website.

“In total, the Ministry found 178,500 rubles [about $2,330] of ‘foreign funding’ over two years,” Kolezev wrote. “We calculated that this is about 0.18% of our circulation.” He reported that there would soon be a trial over Republic’s foreign agent status, adding, “no illusions, of course, but the situation is funny.”

Kolezev went on to point out that other major publications in Russia are also likely to have subscriptions from foreign embassies. “Let’s just ban all foreigners from buying newspapers or magazines in Russia, since that is ‘foreign funding,’” he joked. “A citizen of Kyrgyzstan bought a copy of Zhizn at a kiosk – uh oh, that’s foreign funding!” (RT)