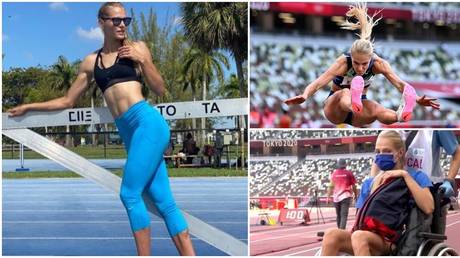 Russian long jump star Darya Klishina has bemoaned the injury that cut short her Olympic efforts and caused her to leave the Tokyo track in a wheelchair, but nonetheless wished her rivals well in their final this week.

Blonde fan favorite Klishina had been tipped to challenge for the medals in Japan having jumped beyond 7 meters this year, but exited in the qualification round in Tokyo on Sunday after failing to record a distance with her first two efforts and then getting injured on her third attempt.

The former World Championship silver medalist, who trains in the US, told fans on Monday of her disappointment, having felt “more prepared than ever” heading into the competition.

“Both qualifying attempts showed that yesterday I was more prepared than ever in my career,” the Tver-born star wrote to her following of 365,000 on Instagram. 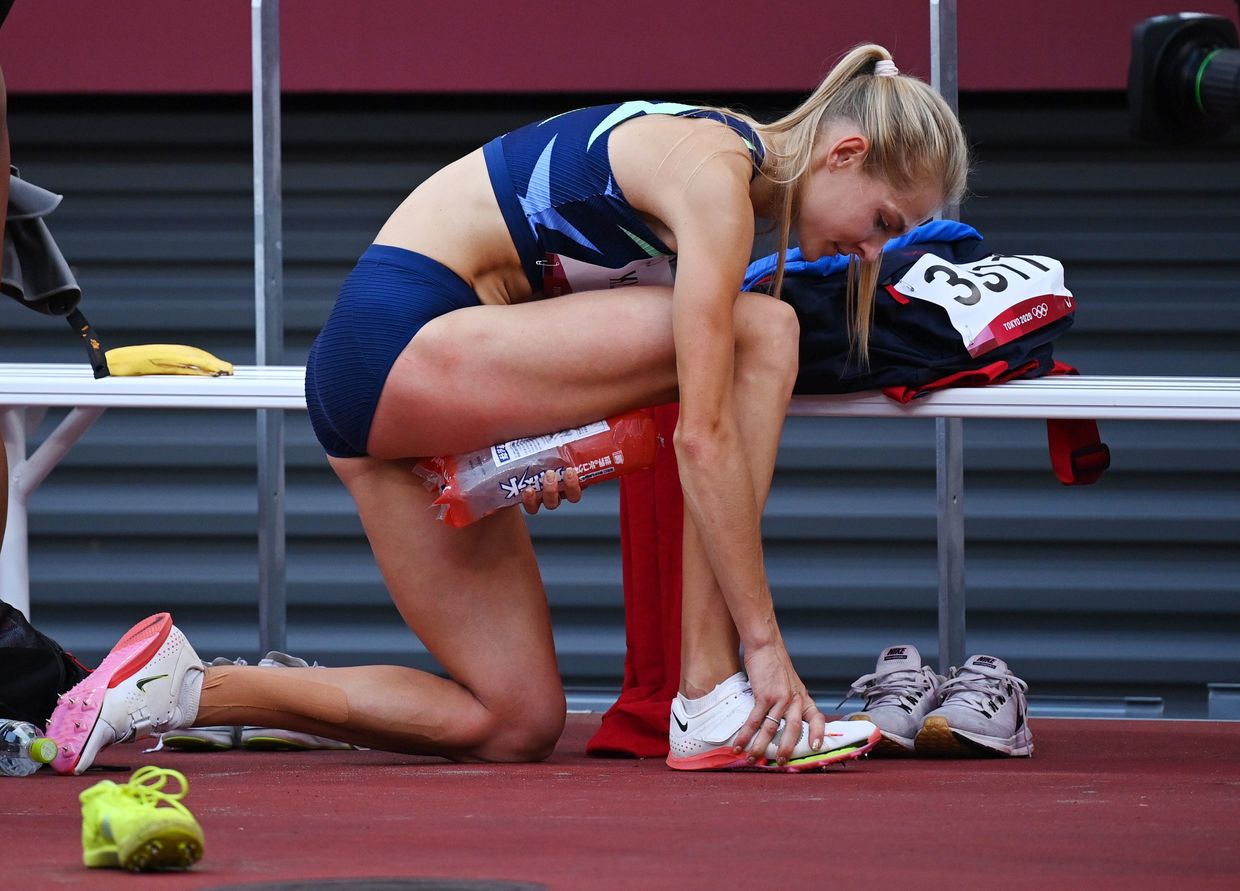 Injury struck as Klishina failed to get beyond the qualifying round in Tokyo. © Reuters

“After the first attempt, I moved back two feet but I was still moving forward so so fast. During the third attempt I suddenly felt pain in the back of the thigh, which had never bothered me before. I started running and got a muscle tear.

“However, the Olympic experience is invaluable. Thank you, Tokyo.”

In a classy touch, the 30-year-old later shared a message on Instagram Stories wishing her rivals all the best in their final on Tuesday. 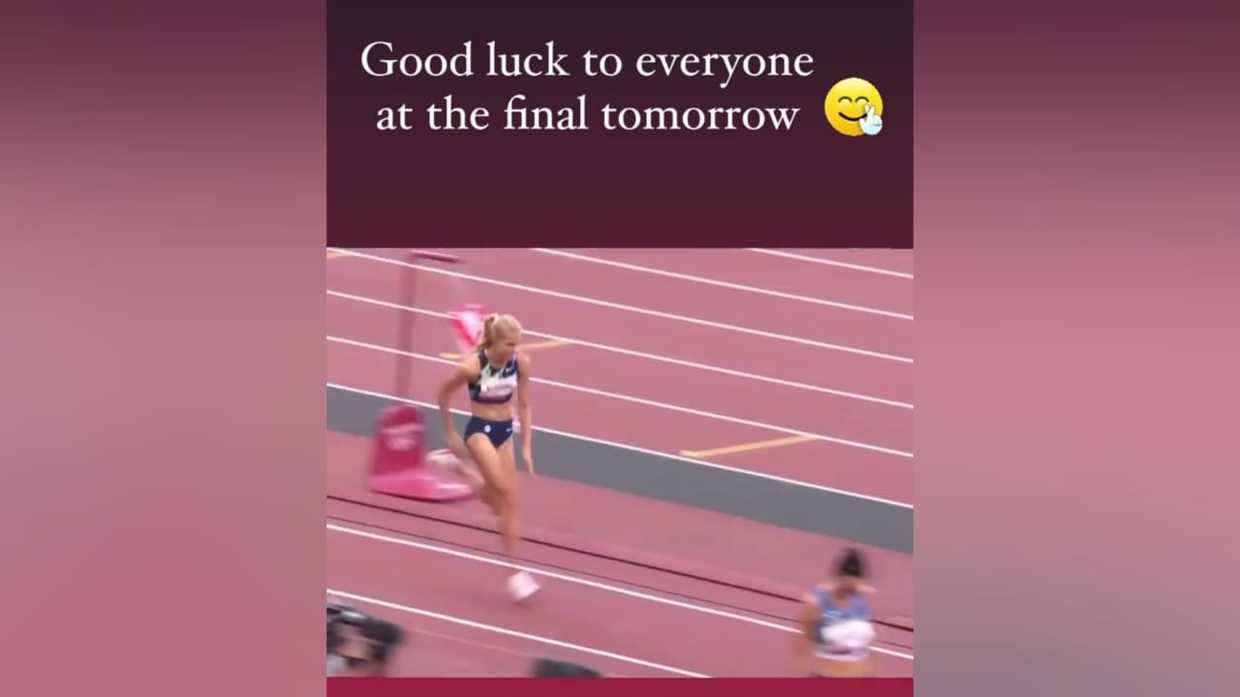 Klishina was one of only 10 Russian track and field athletes allowed to compete under the banner of the Russian Olympic Committee (ROC) in Tokyo due to ongoing restrictions by World Athletics.

That number is nine more than in Rio last time around, where Klishina had been the only track and field athlete from her country due to the allegations of state-sponsored doping leveled at Russia following the Sochi 2014 Winter Games.

On that occasion she finished ninth but was unable to make the final this time round after injury struck in Tokyo.

“They did an MRI, the doctor of our team, Maxim Velichko, looked at the picture and said that one muscle of the back of the thigh was completely torn,” Klishina said of the damage.

“Closer to the knee, there is a strong sprain and there is a large hematoma. The doctor said that an operation is not needed, the leg needs complete rest for two weeks.

“When the pain goes away and I start walking normally, I need to start doing electrical stimulation, developing strength exercises on the back of the thigh, so I have to wait for the hematoma to go away, and then start working.”

Serbia’s Ivana Spanovic led the way in qualifying, recording a distance of 7.00m to edge out German rival Malaika Mihambo and put down a marker heading into the final.