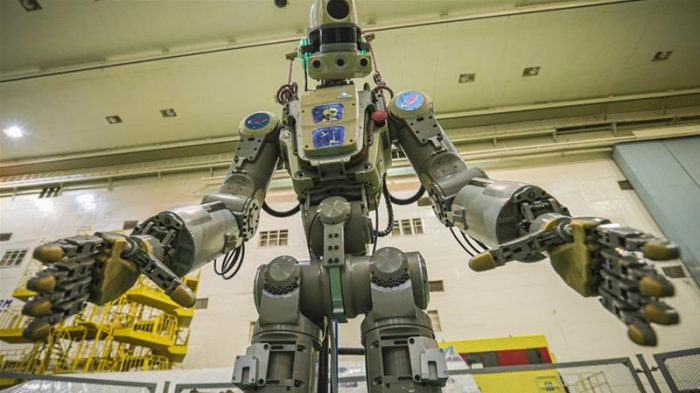 Russia’s Soyuz-2.1 rocket has blasted off from the Baikonur Cosmodrome as part of a test flight to check compatibility of the upgraded booster and spacecraft – which this time carries only a humanoid robot to the ISS.

“The flight will be carried out in unmanned mode. It will be a test flight for the Soyuz-2.1a carrier rocket, which was previously used for delivering space freighters and various satellites to orbit,” Russia’s Roscosmos space corporation said.

The Skybot F-850 robot, known simply as Fedor, has taken the captain’s seat on Soyuz 2.1’s test flight to the International Space Station, where the spacecraft is expected to dock on Saturday.

The android will greet the crew stationed in orbit with a specially uploaded message, while at the same time transmitting back to Earth telemetry data and parameters related to flight safety.

During its 17-day space mission, Skybot F-850 will take part in “about five or six scientific tasks,” Yevgeny Dudorov, the executive director of the robot’s manufacturer Android Technology, noted earlier, stressing that “those scientific tasks have been kept secret.”