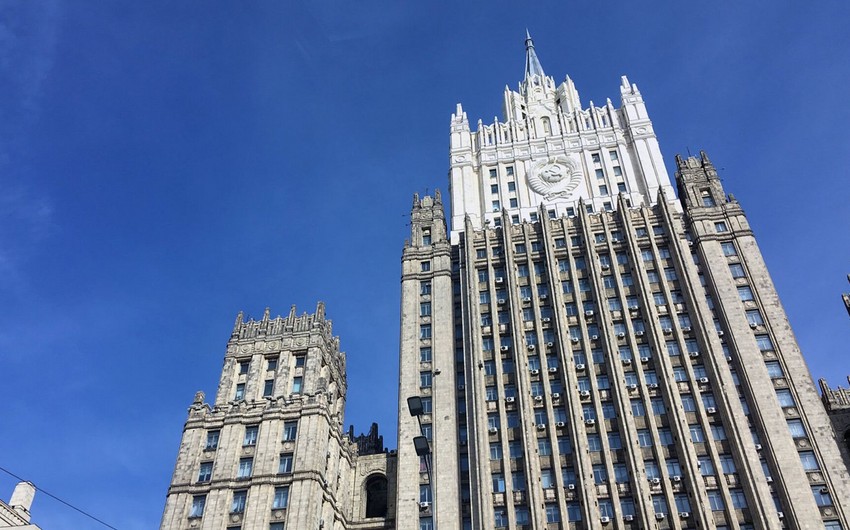 Moscow is expressing indignation at France’s plans to create a special tribunal to investigate Russia’s actions in Ukraine, and is excluding the possibility of it having jurisdiction over the Russian Federation, the Russian Foreign Ministry said, Report informs via Interfax.

“We are outraged by the statement of the French Ministry for Europe and Foreign Affairs regarding plans to create some kind of ‘special tribunal for crimes of aggression by Russia’,” reads a statement published on the website of the Russian Foreign Ministry.

The Foreign Ministry further notes that “the current attempt by Western countries to hastily create a quasi-judicial mechanism unprecedented in its legal nihilism is yet another example of the West’s practice of double standards.” “Such a cabal will never have jurisdiction over Russia,” the Russian Foreign Ministry stressed.

The Russian Foreign Ministry also “recommended Paris to start creating a special tribunal for its own crimes in the course of colonial wars, various punitive operations, interventions in various parts of the world.”

Spokesman for the Russian President Dmitry Peskov said the day before that the tribunal created to investigate Russia’s actions in Ukraine would not be legitimate. “As for attempts to establish some kind of tribunals, they will not have any legitimacy and will not be accepted by us, they will be condemned by us,” Peskov told reporters.