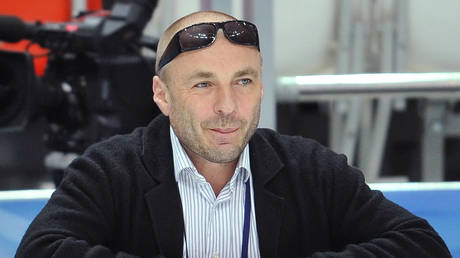 The renowned specialist who has trained world and Olympic medalists revealed that he turned down several offers to stage figure skating programs online as he can’t do it without contact with athletes on the ice.

“Figure skaters asked me to stage programs, but I was forced to say no due to the inability to break self-isolation,” Zhulin told RT.

“I wouldn’t even try to do it online. In my opinion, it’s like rubber women or alcohol-free beer. I can’t even imagine how a choreographer could work without feeling a person. I don’t want to think that there will be a necessity to make such programs in our sport,” he added.

Zhulin is one of the most respected ice-dancing experts in Russian figure skating. He coached Ekaterina Bobrova and Dmitri Soloviev, leading them to an Olympic team gold at the 2014 Games in Sochi.

Now Zhulin is working together with reigning European champions Victoria Sinitsina and Nikita Katsalapov, who sensationally beat firm favorites from France, Gabriella Papadakis and Guillaume Cizeron, at the 2020 continental tournament in Austria.