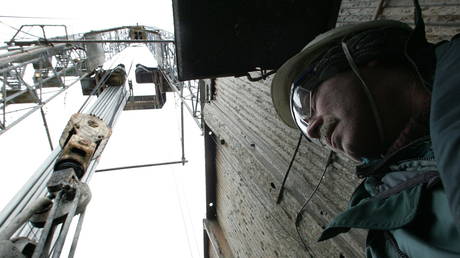 A Rosneft worker stands beneath a crane at the Yuganskneftegaz oil production station near the Siberian town of Nefteyugansk, Russia © Reuters / Sergei Karpukhin

The Russian oil and gas industry is profiting from the significant rise in oil prices and the uptick in global demand for hydrocarbons.

Russia’s oil and gas industry has been the driving force behind its economy ever since the first oil fields were discovered in Tsarist Russia at the end of the 19th century at the shores of the Caspian. In the 21st century, the Russian economy remains highly dependent on the production of oil and gas. Therefore, the rosy outlook of the fossil fuel industry is good news for Moscow and its political ambitions.

Last year was devastating for the global oil and gas sector as entire economies were paralyzed by government measures to stop the spread of Covid-19. Halfway through 2021, the situation has improved significantly as inoculation programs of most industrialized nations are progressing rapidly. Also, it seems developing nations could be receiving more help through the direct donations of vaccines and the possible waiving of patents.

The energy sector usually is one of the first to take advantage of the improving economy as virtually all activities are connected to energy. Therefore, Brent crude prices have surpassed $70/barrel which is the highest since May 2019. Demand is improving faster than supply which has prompted the IEA to call on OPEC+ to raise production.

Demand for oil products and gas reflects the new reality as economic activities are increasing globally. The Russian fossil fuel sector is taking advantage of the changing tide as energy prices are rising again. Earnings in the first 3 months of this year are up by 11-23 percent compared to this time last year. 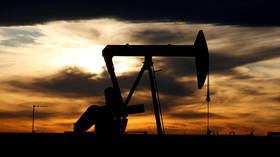 Furthermore, two other factors are contributing to the robust revenue growth of Russian oil and gas companies which outperform their peers. The first is the increase in production. The OPEC+ agreement of which Russia is a signatory has agreed to gradually increase production each month until July 2021. The cartel, however, hasn’t specified whether it plans to continue the production growth after the summer.

The third and most important factor that sets the Russian oil and gas sector apart from its peers, is the weak ruble. Geopolitical tensions and economic fundamentals have affected the value of the Russian currency compared to the dollar which is usually used in international oil transactions. The current situation is favorable for the Russian oil sector as most sales are still executed in dollars while operating costs are settled in rubles.

Although the market fundamentals are in Russia’s favor, Moscow should be wary of becoming too comfortable. The energy transition is progressing in most industrialized nations which will gradually affect demand for oil products and natural gas. However, the Russian fossil fuel sector has some of the world’s lowest production costs at $3-5/barrel. Therefore, expect pumping to continue as long as there’s profit to be made.

Another factor contributing to the positive outlook of the Russian energy sector in the long term is the growing pressure western companies are experiencing to decarbonize. In recent years activist shareholders have held western oil majors such as Shell and BP accountable for their contribution to GHG emissions. (RT)