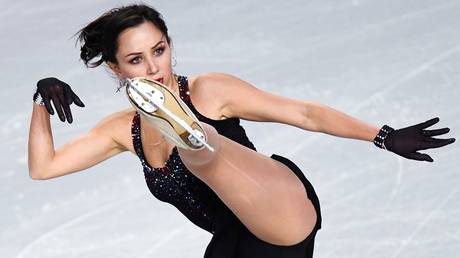 The Olympic silver medalist noted that Tuktamysheva could easily bring back a quadruple jump if she attains perfect physical shape which will allow her to execute ultra-c elements which will raise the level of her technical content.

“I do respect Alexei Mushin and I really like Liza and her programs this season. I’m more than confident that if she gets fit and loses a couple of kilos, she will be a strong competitor. She would be able to land a quad again. As a fan of their coaching tandem I wish that Liza who already went through puberty could battle against Tutberidze girls. But, in my opinion victories at all major events, including world championships and Olympic Games, will be taken by 15 and 16-year-old girls,” Zhulin said.

Tuktamysheva finished third at the third stage of the Cup of Russia in Sochi losing to two Tutberidze’s skaters Anna Shcherbakova and Darya Usaheva who took first and second places respectively.

Former world and European champion Tuktamysheva immaculately landed her signature element – a triple axel, but committed errors on other jumps which didn’t go unnoticed by the judges.

Tuktamusheva presented her new innovative free routine which was made online in close cooperation with her fans during Covid-19 lockdown.

Commenting on her performance the skater said it was far from being perfect adding that she will need to work more to deliver stable skating this season.