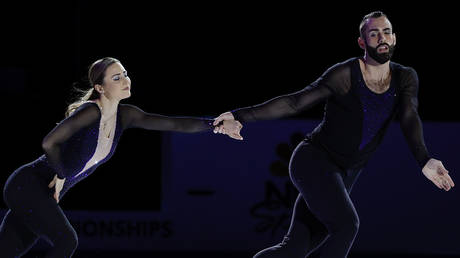 Russian former ice dancing world champion Alexander Zhulin has questioned what ‘the American way of life’ is leading to, as he discussed his controversial comments about US non-binary figure skater Timothy LeDuc.

Zhulin, 58, made headlines when he replied that he “doesn’t want to discuss freaks” when asked about LeDuc, who identifies as neither male nor female and is set to become the first openly non-binary Winter Olympian at the Beijing Games in February.

LeDuc will line up in China in the figure skating pairs alongside partner Ashley Cain-Gribble.

Zhulin – an Olympic bronze and silver medalist who became a prominent coach and TV personality in his homeland after his retirement – is training Russian ice dance duo Victoria Sinitsina and Nikita Katsalapov for the Beijing showpiece. (RT)