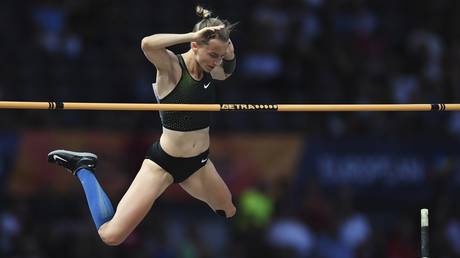 Russian world champion pole vaulter Anzhelika Sidorova, who is not eligible to take part in international athletics events due to a ban imposed by World Athletics, has set a new world-leading result at a competition in Moscow.

The 28-year-old cleared a height of 4.95m, posting a new season-best result at the Russian pole vault festival in Luzhniki.

Inspired by her incredible progress, reigning world title holder Sidorova moved the bar to 5m, but failed to successfully tackle the height on any of the three attempts.

Being a member of the Russian athletics team, Sidorova is not allowed to compete internationally – despite having a clean doping record.

The reason for the tough action was a scandal over alleged manipulation and document falsification in connection with the doping case of silver high-jumper Danil Lysenko. (RT)