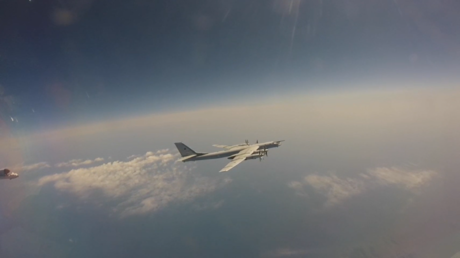 Russia and China conducted joint air patrols in the Asia-Pacific region on Tuesday, the Russian Defense Ministry has revealed, as Japan and South Korea expressed concerns regarding the flights.

The Russian ministry said in a statement that Russian Tu-95 strategic missile carriers and Chinese Xian H-6 strategic bombers participated in air patrols held over the Sea of Japan and the East China Sea. The bombers were escorted by Su-30SM fighter jets.

“The duration of the flight of Russian strategic missile carriers was about 13 hours,” the ministry said.

It also confirmed that “at certain stages of the route, the strategic missile carriers were escorted by F-2 aircraft of the South Korean Air Force and F-15 of the Japanese Air Force.”

Read more:   Can EU carbon border tax be in violation of WTO rules?

However, the ministry emphasized that both Chinese and Russian aircraft “acted strictly in accordance with the provisions of international law” and did not violate the airspace of other countries.

“The event was held as part of the implementation of the military cooperation plan for 2022 provisions, and is not directed against third countries,” the Russian Defense Ministry said.

The air patrols coincided with a meeting between leaders of the US, India, Australia, and Japan at the Quadrilateral Security Dialogue (Quad) summit in Tokyo. (RT)