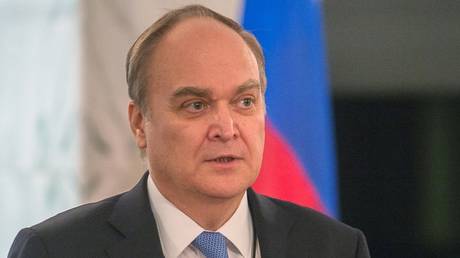 Russia's ambassador to the US Anatoly Antonov ©  Sputnik / Alexey Agarishev

The peak of tensions that existed during the Cuban Missile Crisis hasn’t been reached yet, the envoy to Washington says Russia’s ambassador to the US Anatoly Antonov © Sputnik / Alexey Agarishev

Russia and the US have not yet reached an all-time low in their relations, as “dribs and drabs” of contacts still remain between the sides, Moscow’s ambassador to Washington said on Wednesday.

“I think we haven’t yet reached the peak of tensions that existed 60 years ago,” Anatoly Antonov told Channel One.

The envoy was referring to the Cuban Missile Crisis, which unfolded between the US and the Soviet Union in October and November 1962. The standoff is considered to be the closest the world has come to all-out nuclear war. Tensions flared after Moscow deployed ballistic missiles to Cuba in response to Washington putting similar weapons in Italy and Turkey. However, the sides were able to resolve the dispute through negotiations.

Russia’s stance that a nuclear conflict can’t be unleashed and can’t be won remains unchanged, the ambassador stressed.

“In Washington, they’ve already forgotten the basics of strategic stability, which boils down to a very simple formula: whoever shoots first, dies second,” he said. 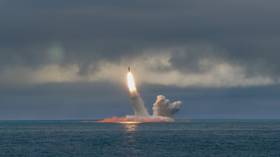 “On the 60th anniversary of the Cuban Missile Crisis, I’d like to believe that there are those in the US who have learned this main lesson. In any case, our countries are obliged to prevent the world from sliding into a catastrophe,” Antonov insisted.

Last month, Russian President Vladimir Putin slammed “some senior officials in NATO states” for suggesting that deploying nuclear weapons against Russia was justified. He warned that Moscow was ready to “use all means” to defend itself if attacked. However, those words were interpreted by some in the West as a threat by the Kremlin to use atomic weapons against Ukraine.

Read more:   US Election: What Trump and Biden still need to clinch victory

While most bilateral contacts have been frozen by the US side, Moscow and Washington still cooperate on deconfliction in Syria, space, and non-proliferation of weapons of mass destruction, the ambassador pointed out.

According to Antonov, the US is currently not ready for a complete severance of diplomatic ties with Russia, and plans to send a new ambassador to Moscow is proof of that.

Lynne Tracy, who now heads the American mission in Armenia, has been nominated as a replacement for US Ambassador to Russia John Sullivan, who left Moscow in early September due to family reasons.

However, this does not mean Washington will give up on its plans to weaken Russia, by supporting Kiev and other means, the ambassador said.

Antonov went on to argue that the conflict in Ukraine has become a “trigger” that revealed “deep-rooted problems” in the world, and that Russia “isn’t satisfied with the rules of the game that the Americans are trying to impose,” which only benefit the US. (RT)

George Soros is either prophetic or pulls a lot of strings