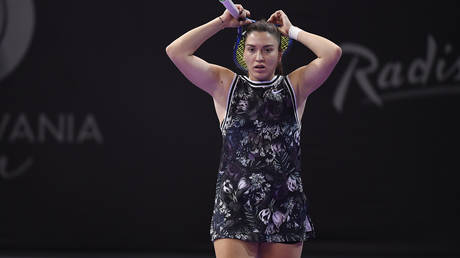 Natela Dzalamidze made headlines this week after it was confirmed that she was clear to compete in London London-bound: Natela Dzalamidze. © Alex Nicodim / NurPhoto via Getty Images

Tennis player Natela Dzalamidze has denied that she swapped nationalities from Russian to Georgian specifically to dodge a Wimbledon ban, saying that the decision was made more broadly with her career in mind and her dream of appearing at the Olympics.

Dzalamidze, 29, made global news this week when it emerged that she would now be competing under the Georgian flag, as opposed to her former Russian status on the WTA tour and at Grand Slams.

The step means that the pairs specialist – who is ranked number 43 in the world in women’s doubles – can line up at Wimbledon later this month while Russian and Belarusian players remain banned.

Some had suggested that it was a cynical move from Dzalamidze purely to swerve the Wimbledon sanctions, although the Russian-born star told The Times that was definitely not the case. 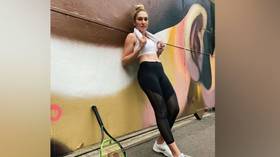 “My decision was made because I am focusing on my career and would like to have the chance to compete at the Olympic Games,” said Dzalamidze.

“Of course it was not the easiest decision because now is not an easy time. The first discussion I had with the WTA was during Indian Wells at the beginning of March.

“It was before Wimbledon made a decision to ban Russian players and was just because my idea was to start representing the country and to have a chance at the Olympics.

“If I made the decision to play for Georgia and have a chance to play Wimbledon, why not? That’s why I made it before Wimbledon. In this kind of situation, there isn’t a perfect time to do it.”

Dzalamidze was born in Sakhalin to a Russian mother and Georgian father and has reportedly held a Georgian passport for the last six years.

She posts social media messages in Russian and English but has often shared images of herself in Georgia.

The doubles ace claimed that this would be “the last year when I could have a chance to start playing for Georgia” if she is to achieve her Olympic dream at the Paris Games in 2024, noting that Russian teams are typically “quite strong.”

According to Dzalamidze, she first sounded out the Georgian Tennis Federation about a potential switch as far as eight years back, but only formally submitted her paperwork to the WTA towards the end of last month. (RT)