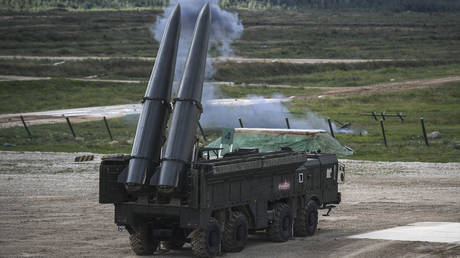 The move by Finland and Sweden to join NATO won’t be left without a Russian response, but it’s premature to talk about it including relocation of nuclear weapons closer to the two Nordic countries, Russia’s deputy foreign minister Alexander Glushko has said.

“It’s too early to speak about this,” Glushko told journalists on Friday when asked if NATO membership of Helsinki and Stockholm could prompt Moscow to place its nukes in the Baltic region.

Both Finland and Sweden stayed out of NATO during the Cold War, but the governments of the neighboring countries have said they’ve reconsidered their stance after the launch of Russia’s military operation in Ukraine in late February. Media reports claim Helsinki and Stockholm could apply for admission the US-led military bloc in the coming days. (RT)