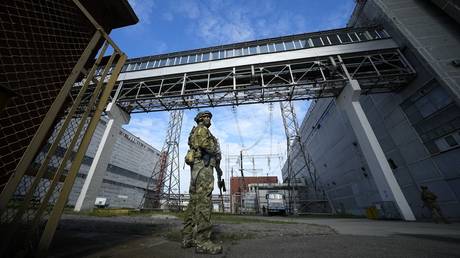 Ukraine’s shelling of the Zaporozhye nuclear power plant is an act of terrorism that could trigger a disaster that would eclipse the 1986 Chernobyl incident, the Russian Foreign Ministry said on Thursday.

“In recent days, Ukrainian forces have been repeatedly shelling the territory of the Zaporozhye NPP, which is an act of nuclear terrorism. Such actions by the Kiev regime could lead to a disaster on a scale that would dwarf the accident at the Chernobyl nuclear power plant,” the Russian Foreign Ministry’s deputy spokesperson, Ivan Nechaev, told a news briefing in Moscow. (RT)