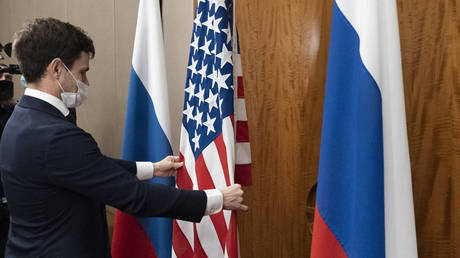 As tensions flare between Moscow and Washington, their top diplomats have held the latest round of talks in an effort to secure a deal Flags are prepared before a meeting of Secretary of State Antony Blinken and Russian Foreign Minister Sergey Lavrov, Jan. 21, 2022, in Geneva, Switzerland. © AP Photo/Alex Brandon

Russian Foreign Minister Sergey Lavrov and his American counterpart Antony Blinken have met for crunch talks in the Swiss city of Geneva to discuss rising tensions between the two nations and Moscow’s proposals to limit NATO expansion.

Following the head-to-head talks, each diplomat gave his account to journalists about the outcome of their discussions, with tensions remaining strained between Washington and Moscow. The meeting finished early, lasting only around an hour and a half, with the two sides having briefed that the chances of a breakthrough were slim.

Speaking at a conference after the showdown, Lavrov said that Blinken was “satisfied” following the talks. The American diplomat also added that discussions were “frank and substantive,” and said that the two parties are now on a “clearer path” to understanding one another’s concerns.

Ukraine However, a key priority for Moscow, set out in two draft treaties presented to Washington and NATO, is a written assurance that the US-led military bloc will not expand further towards its borders, and that Ukraine’s requests for membership will be rejected. Western leaders have repeatedly claimed in recent weeks that Russia could order an attack on the neighboring nation.
Blinken reiterated Washington’s support for Kiev’s sovereignty after the conference, and warned that Moscow would face a “swift, severe and a united response” should its troops launch an invasion of its Eastern European neighbor. 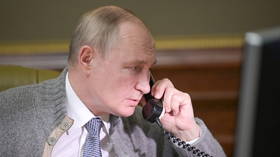 Meanwhile, Lavrov reiterated that Moscow has no plans to launch an incursion into the former Soviet Republic in response to a question from American news network CNN. “You claim that [Russia] is planning to attack Ukraine, even though we have already explained many times that this is not the case,” the veteran official said.
In return, Blinken asked his Russian counterpart to prove that his country is not planning to stage an offensive, adding that he had heard Moscow’s denials but that “actions” count more than words.
“I believe we can carry forward this work of developing understanding and agreements together that assure our mutual security. But that is contingent on Russia stopping its aggression toward Ukraine,” he said.

Security proposals Following the latest round of negotiations, Lavrov revealed that Washington has pledged to respond in writing to Moscow’s proposals for security guarantees. According to him, Blinken “assured us he would issue a written response next week,” he said, caveating that at present “their reaction is only preliminary – we were warned about this.”
The American diplomat confirmed that Moscow could anticipate a response in the near future, stating that Washington expects to share its “concerns and ideas with Russia in great detail and in writing next week.” He also added that the two sides agreed to hold further meetings on the topic.
Blinken also said that he “outlined several ideas to reduce tensions and increase security that we have developed in consultation with our partners and allies.”
At the same time, he hinted that Washington would not be prepared to compromise on Moscow’s central demand, saying that “I made clear to Minister Lavrov that there are certain principles that the US, our partners and allies, are committed to defend. That includes those that would impede the sovereign right of the Ukrainian people to write their own future. There is no trade-space there – none,” he stressed.

NATO The discussions are the latest in a series of diplomatic meetings held after Russia developed two draft treaties, one addressed to Washington and the other to NATO, last month, which, it argues, are designed around reducing the risk of conflict on the European continent. As well as barring Ukraine from NATO membership, Moscow is insisting that the bloc should refrain from military activity on the territory of the former Warsaw Pact states that joined after 1997, after the fall of the Soviet Union.
NATO’s secretary general Jens Stoltenberg has criticized Moscow’s requests, saying that the country has no veto on Ukraine’s efforts to join up, and insisted it wouldn’t accept a “two-tier” system that would prevent it from deploying troops in specific member states. 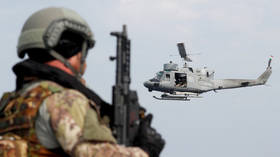 Lavrov said that demands that Ukraine not be admitted to NATO were not a sign Russia was seeking to assert control over a “sphere of influence,” but an effort to prevent the bloc “sowing the seeds” of conflict in Eastern Europe.
Last week, Stoltenberg also made it clear that NATO was not prepared to compromise on what it considers to be its core values in order to appease Russia.

Obtaining firm assurances that Kiev will not join the bloc is integral to maintaining Moscow’s safety, officials have said. In late December, Kremlin Press Secretary Dmitry Peskov said the expansion of NATO closer to Russia’s borders is a question of”life or death.”
Russian President Vladimir Putin has previously insisted that the last Soviet premier, Mikhail Gorbachev, was given assurances by the West that NATO would not push into the space left after the fall of the USSR. A trove of documents was declassified in 2017, and was subsequently widely viewed as showing that American, British, and German officials verbally assured the Kremlin in the 1990s that NATO would not move into Eastern European countries, before granting Poland, Lithuania, Latvia, and Estonia membership.

Further meetings between Putin and Biden: Asked whether a further meeting could be held between Putin and US President Joe Biden, Lavrov added that it was important to “not get ahead of ourselves.”
“We are waiting for an official response to our proposals, after which we plan another contact at our [foreign ministers] level,” the official explained. While he said that “President Putin is always ready to meet Biden,” it needs to be clear what both sides aim to achieve from holding meetings between the two leaders.
Meanwhile, Blinken similarly set out that “if it proves useful and productive for the two presidents to meet, to talk, to engage, to try to carry things forward, I think we’re fully prepared to do that,”