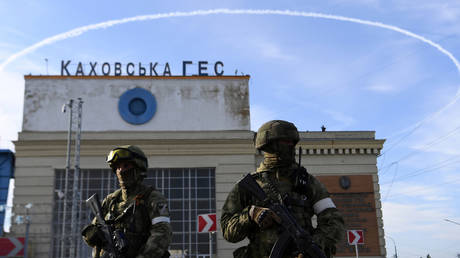 Russia has formally asked the United Nations Security Council to prevent Ukraine from destroying the Kakhovskaya hydroelectric dam in Kherson Region. Such a disaster could result in the deaths of thousands of civilians, Moscow’s ambassador to the UN warned on Friday.

Speaking at a Security Council briefing, Vassily Nebenzia noted that as the West chooses to ignore “any criminal acts” committed by Ukraine, the country has been “consistently conducting strikes on civilian infrastructure in its former territories”, including the town of Novaya Kakhovka in Kherson Region, which was recently incorporated into Russia.

According to the envoy, most of the missiles are being launched from US-made High Mobility Artillery Rocket Systems (HIMARS).

“Ukrainian forces are aiming at the Kakhovskaya dam in order to break it, causing the water level to rise and the adjacent areas to flood,” the diplomat said. 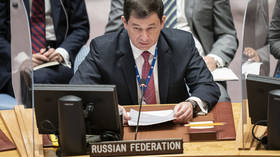 Russia warns it may ‘reassess’ ties with UN body

Should this happen, Nebenzia warned, “thousands of civilians may be killed, and thousands of homes damaged.”

The envoy said Russia has distributed a letter to Security Council members, calling on the UN leadership to prevent “this terrible provocation.”

The Ukrainian military frequently shells settlements and civilian infrastructure in the Kherson Region. Aside from the Kakhovskaya plant, Kiev has been targeting the Antonovsky Bridge and a pontoon crossing over the Dnepr River in the city of Kherson, in a bid to disrupt Russian logistics in the area.

On Wednesday, Russian President Vladimir Putin imposed martial law in Kherson Region, as well as three other former Ukrainian territories, amid reports that Kiev’s forces were preparing a large-scale offensive against the area’s capital city. A day earlier, local authorities announced the relocation of civilians from the province.

Kiev’s forces have also repeatedly targeted Zaporozhye nuclear power plant, which is located in the neighboring region, with Russian authorities warning that the attacks could trigger a disaster that would eclipse the Chernobyl incident. (RT)