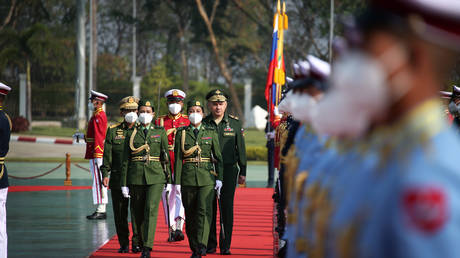 Russia will supply Myanmar with Pantsir-S1 anti-aircraft missile and gun systems, Orlan-10E surveillance drones and radars. The deal was signed during Russian Defense Minister Sergey Shoigu’s visit to the country.

Russian Defense Minister Sergey Shoigu arrived in Myanmar for his first foreign trip of 2021 on Thursday to discuss military cooperation between the states. The southeast Asian country is one of Russia’s traditional partners in the arms trade.

“We view today’s talks as an opportunity to further our cooperation, especially in the military field,” Shoigu said as he met with Senior General Min Aung Hlaing, the commander-in-chief of the Myanmar Armed Forces. The two previously spoke via video link in November.

“Regardless of the restrictions these difficult times have brought us, we hope to deepen the relations between our defense agencies,” Shoigu said, adding that Moscow is ready for “substantial” discussions.

Read more:   Azerbaijani minister: Educational and youth policy must be priority of each country

Hlaing thanked Shoigu for the visit. “Just like a loyal friend, Russia has always supported Myanmar in difficult moments, especially in the last four years,” the general was quoted by Russian media as saying.

Apart from the supply deal, the two countries signed an agreement on flight safety cooperation. (RT)

A customs office on Iran’s border with Afghanistan went up in flames, sending torrents of…