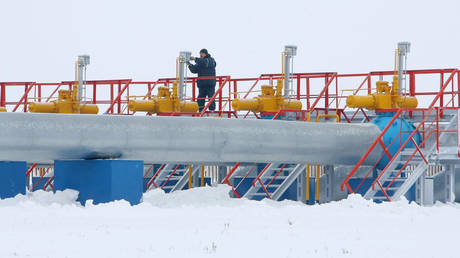 Russia’s energy giant Gazprom said on Tuesday that Ukraine was diverting natural gas supplies transiting to Moldova, and the company has threatened to curtail deliveries through a key pipeline in response.

“The volume of gas supplied by Gazprom to the ‘Sudzha’ gas measuring station (GMS) for transit to Moldova via Ukraine exceeds the physical volume transmitted at the border of Ukraine with Moldova,” Gazprom’s statement read.

Moldova paid for some November gas supplies on Monday, according to Gazprom, which said that Kiev had kept 52.52 million cubic meters of gas meant for Moldova on its territory.

The Russian energy company further warned that if the transit imbalance persists then it would begin slashing gas supply to the Sudzha GMS for transit via Ukraine from 10 am (7am GMT) on November 28, “in the amount of the daily underderlivery.”

Read more:   Low and stable prices to be ensured in Azerbaijan

The Sudzha transit line through Ukraine remains the only route to supply Russian gas to western and central European countries after the Nord Stream network was damaged by a suspicious explosion in September.

Meanwhile, land-locked Moldova, which has been suffering massive blackouts lately, has called for international assistance as soaring energy costs and skyrocketing inflation are set to put a huge strain on consumers in one of Europe’s poorest countries.

According to the French Foreign Ministry, support is all the more important as Moldova is facing an unprecedented energy crisis as winter approaches.