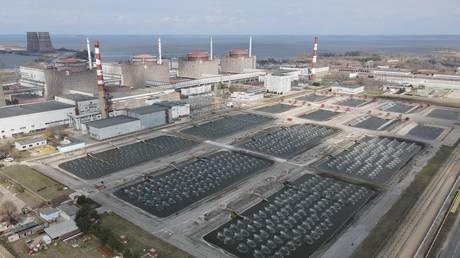 Russia has summoned an emergency session of the UN Security Council to discuss the situation at Ukraine’s Zaporozhye nuclear power plant, which has been the subject of regular shelling attacks. Moscow wants the chief of the UN nuclear watchdog, the International Atomic Energy Agency (IAEA), to brief the council on the situation.

The move, which was reported by Russian media on Tuesday, was confirmed by the deputy head of Russia’s mission to the UN, Dmitry Polyansky, who said the public needed to learn about “Ukrainian provocations.” The meeting is expected to take place on Thursday.

Russia says Ukraine has been responsible for a series of drone attacks and artillery strikes at the nuclear site. The latest shelling was reported last weekend.

Kiev denies the allegations and claims that Russia has shelled the facility itself to discredit Ukraine. Kiev’s National Security Council has also alleged that Moscow was using the power plant as a military base, keeping heavy weapons and personnel there. (RT)