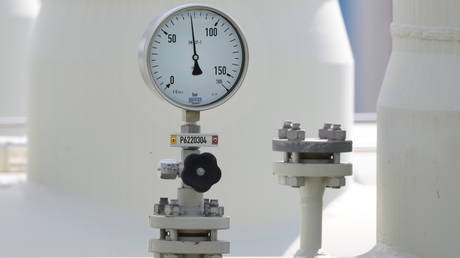 Russian energy major Gazprom said on Thursday it will not be able to use the Polish section of the Yamal-Europe pipeline for gas transit to Europe due to Moscow’s retaliatory sanctions.

Company spokesman Sergey Kupriyanov specified that the site belongs to EuRoPol GAZ, which is a joint venture between Gazprom and Polish gas major PGNiG. The latter is the operator of the Polish part of the Yamal-Europe gas pipeline.

On Wednesday, Moscow approved a list of companies in respect of which it will apply special economic measures. The list consists of 31 firms, including Polish EuRoPol GAZ, as well as the former German unit of Gazprom. The Russian-owned subsidiary was seized by the German authorities last month and could potentially be nationalized.

“For Gazprom, this means a ban on the use of a gas pipeline owned by EuRoPol GAZ to transport Russian gas through Poland,” the company said on its official Telegram channel. (RT)