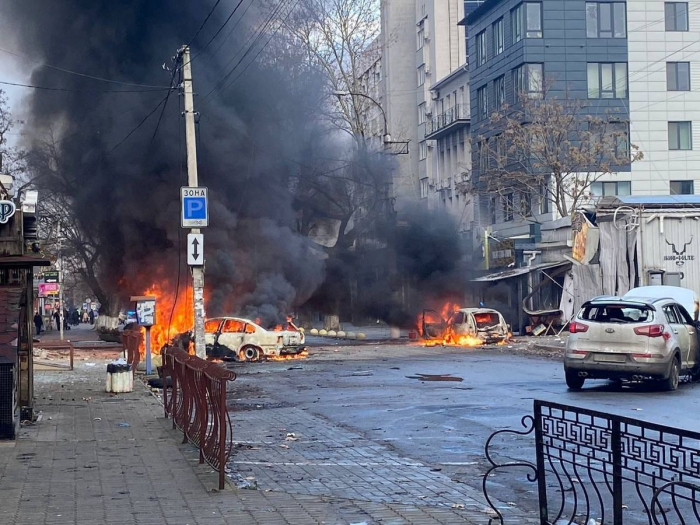 Kherson has remained under bombardment from Russian forces which had retreated to the east bank of the river when the city was retaken in a major victory for Ukraine last month.

On Wednesday, the shelling hit the maternity wing of a hospital, though no-one was hurt, according to Kyrylo Tymoshenko, President Volodymyr Zelenskiy’s deputy chief of staff. Staff and patients were moved to a shelter, Tymoshenko said in a post on Telegram.

“It was frightening … the explosions began abruptly, the window handle started to tear off … oh, my hands are still shaking,” Olha Prysidko, a new mother, said. “When we came to the basement, the shelling wasn’t over. Not for a minute.