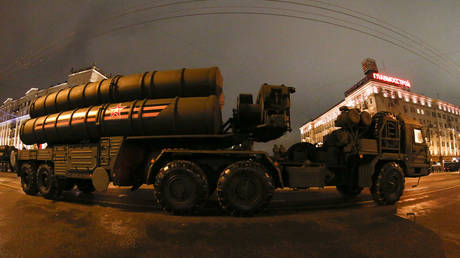 Russia has kicked off production for a batch of S-400 missile defense systems with India’s name on them, bringing a deal reached in 2018 one step closer to fruition despite fevered protests – as well as threats – from Washington.

“The Almaz-Antey concern has begun manufacturing the S-400 systems for India, and Russia will deliver the S-400s to India within the timeframe stipulated by the contract,” said Russian Industry and Trade Minister Denis Manturov, adding that training centers had already been established in India to prepare operators of the missile system.

In general, all commitments undertaken by the parties, including the payment, are being fulfilled in full.

Since Moscow and New Delhi inked a $5.43 billion contract for five S-400 units in 2018, Washington has made numerous attempts to scuttle the deal, warning India the move could restrict the country’s “interoperability” with American systems, and at times even hinting at economic sanctions. (RT)