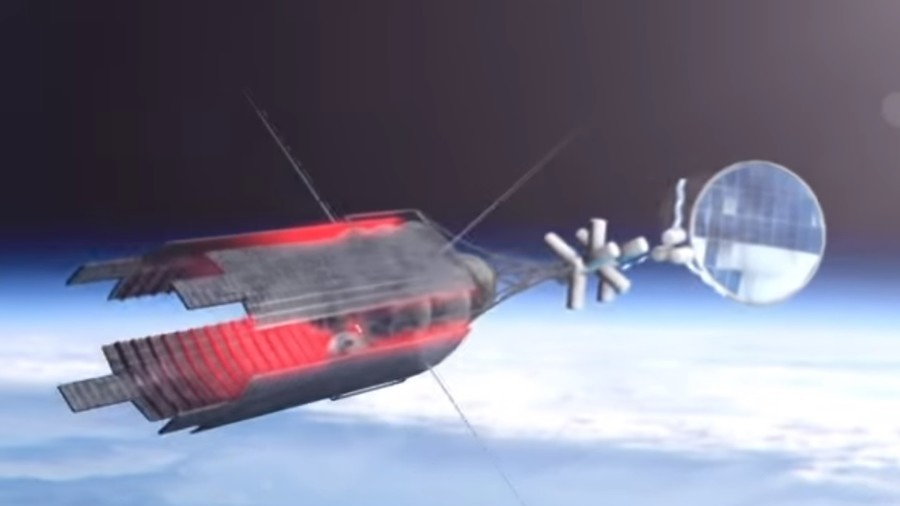 A leading Russian space research center has posted a video of its nuclear-powered rocket, that will be able to land on Mars after seven months, and can be re-launched into space just 48 hours after landing.

“A mission to Mars is possible in the very near future, but that’s not an aim in itself. Our engines can be the foundation for a whole range of space missions that currently seem like science fiction,” Vladimir Koshlakov, who heads Moscow’s Keldysh Research Center told Rossiyskaya Gazeta.

The institute, which is famous for developing the Katyusha rocket launched during World War II, has been working on what it says is a “unique” propulsion system since 2009. From past descriptions, it comprises a gas-cooled fission reactor that powers a generator, which in turn feeds a plasma thruster.

Various nuclear reactors were deployed in space by both the Soviets and NASA between the 1960s and the 1980s but, although Koshlakov has refused to name a date for when the new engines will be ready, he says they “will surpass the existing level of technological and scientific development.”

“Reusability is the priority,” said Koshlakov, himself a scientific researcher, specializing in heat transfer and mathematic modelling, “We must develop engines that do not need to be fine-tuned or repaired more than once every ten flights. Also, 48 hours after the rocket returns from space, it must be ready to go again. This is what the market demands.” (RT)

Kalbajar has also been liberated from the Armenian occupation, and the Azerbaijani flag has already…

President: Instructions were given to restore railway to Nakhchivan – VIDEO

“For our part, we will build and create. We will revive these cities and districts.…

Kalbajar will be prosperous again within Azerbaijan- Azerbaijan FM

“Welcome back, Kalbajar! You are liberated now and will be prosperous again within Azerbaijan,” Azerbaijan’s…

14:13 UN to mark 16 Days of Activism against Gender-Based Violence campaign in Azerbaijan

13:52 The most common coronavirus symptom named

13:41 President speaks about Armenians who could not leave Aghdam on time – VIDEO

13:39 Armenia is a terrorist state, and there are many signs of this terror – President Aliyev

13:26 President: Instructions were given to restore railway to Nakhchivan – VIDEO

13:00 China working on blacklist of ‘diehard Taiwan secessionists’ amid growing tensions with Taipei

13:00 “ONE IN THE HEIGHT”: Azerbaijan fights crisis better than anyone in South Caucasus

12:52 Kalbajar will be prosperous again within Azerbaijan- Azerbaijan FM

12:52 Ilham Aliyev: Occupation of Kalbajar is the direct responsibility of then ruling Popular Front – VIDEO

12:48 “All the damage will be calculated with the participation of international experts”

12:31 Churches in Kalbajar belong to the ancient state of Caucasian Albania- President Aliyev

05:29 South Australia’s medi-hotel system to be overhauled amid Covid-19 cluster