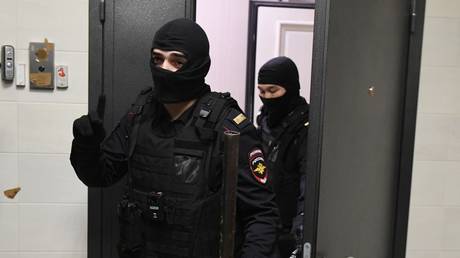 If you believe his critics, President Vladimir Putin has been destroying Russia’s democracy, virtually from the day he took office. In fact, he’s been accused of this so frequently it’s amazing there’s anything left to destroy.

Recent reports that he has embarked on a sweeping new program of political repression may therefore induce a disbelieving sense of deja-vu. And yet there are still good reasons for thinking that something significant has changed in the past year, and the persistent suggestion that the state has begun an unprecedented clampdown on its enemies.

Western political scientists find it difficult to define Russia’s political system. Terminology such as “managed democracy,” “democratic authoritarianism,” “populist authoritarian,” “hybrid regime”, and “dual state” have come and gone, as academics struggle to place Russia into the neat categories they are used to.

Such terms seek to explain that Russia has a mixed political system that retains the formalities of democracy – multiple political parties, contested elections, and media that expresses multiple points of view – but within certain limits designed to ensure that nobody can seriously challenge those in power. It’s “democracy,” but “managed” to make sure that the right team always wins.

These models of the Russian state generally portray it as wanting to keep the “managed” bit as small as practically possible. That way, the state maximizes it legitimacy, while at the same time not relaxing its grip so much as to lose power. The result has been a careful balancing act between freedom and oppression, laissez-faire and tight government control.

At least until now, with growing accusations that, in the past year, the balance has been broken and the pendulum has swung decisively in the direction of repression.

We have heard this many times before, but this time round there is some evidence to support the claim. In the past few months, the Russian authorities have taken a number of steps to remove particular elements of the opposition from the battlefield, including labelling them as “extremist,” “undesirable” or “foreign agents” – labels that bring with them severe legal restrictions.

The allegations have come thick and fast. First was the alleged poisoning and then arrest and imprisonment of Western-backed opposition activist Alexei Navalny. Second, a new law allowing the authorities to brand organizations as “extremist” – a designation which was almost immediately applied to Navalny’s Anti-Corruption Foundation, in effect banning it from operating in Russia.

Third, the opposition-leaning, Latvia-based media outlet Meduza was branded a foreign agent, a move which, its editors said, starved it of much-needed revenue, with advertisers abandoning it in droves. However, Meduza has consistently refused to explain where its financial backing comes from, so whether this is the whole story remains unclear.

Fourth, the foreign-funded media group Proekt¸ well-known for investigations into official corruption, was declared “undesirable.” And fifth, this past week, Team 29, an association of lawyers and journalists who specialized in defending those arrested for charges such as treason and espionage, disbanded itself after the state communications agency Roskomnadzor complained that it had published materials from an “undesirable organization” based in the Czech Republic on its website.

Cumulatively, these events may well amount to the biggest assault on the Russian opposition in the past 20 years. What explains this turn of events?

Opposition supporters claim that the Russian “regime” is running scared. They point to the relatively low rating of the pro-Putin United Russia party and argue that the government is afraid of performing poorly in this September’s parliamentary elections. Great claims are also made of Navalny’s “smart voting” scheme, that encourages voters to cast their ballots for the candidate most likely to defeat that of United Russia. The new round of alleged state repression is said to reflect the authorities’ understanding that they can no longer rule by consent.

This explanation doesn’t fit well with the facts. Putin’s personal rating remains very high, and United Russia is still far ahead of its main electoral rivals – the Communists and the mis-named Liberal Democratic Party of Russia. Given Russia’s electoral system, United Russia will almost certainly win a majority in this year’s parliamentary elections. Electorally speaking, it has little to fear from the likes of Navalny.

As for “smart voting,” it’s not all it’s cracked up to be. In last year’s local elections, it had next to no effect on the results. Thus, It is unlikely that the Kremlin is seriously scared of it at all.

A somewhat better explanation, therefore, may have to do with the way that some oppositionists have targeted senior officials with accusations of corruption. Navalny is a case in point, as too is Proekt media. (RT)