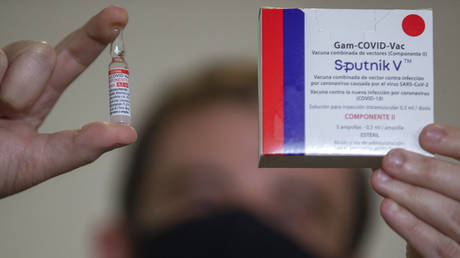 In the two years since its registration, Sputnik V has proven to be “one of the most effective and safe tools” against Covid-19 both in Russia and abroad, the head of the fund which financed the vaccine’s development and oversees its distribution said on Wednesday.

On August 11, 2020, Sputnik V became the world’s first vaccine against the novel coronavirus to be registered, after receiving the relevant papers from Russia’s Health Ministry.

Since then the jab, developed by the Moscow-based Gamaleya Institute, “has become the most exported drug in Russia’s history and rightfully established itself as one of the most effective and safe tools to combat coronavirus infection in the world,” Russian Direct Investment Fund (RDIF) CEO Kirill Dmitriev said.

“Sputnik V was trusted in 71 countries around the globe where more than 4 billion people reside,” he noted.

In order to facilitate the access to the vaccine, RDIF organized mass production not only in Russia, but in 18 other countries, including India, China, Brazil, Argentina and Iran. (RT)